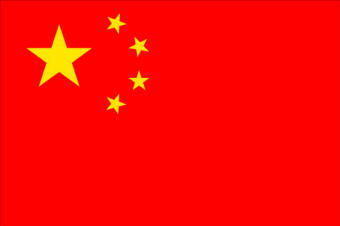 If you are into technology or if you use Gmail you will have noticed Google launched Buzz several weeks ago. Google this time took a different approach of launching its products/features. Buzz was not released with an “Alpha” or “Beta” badge, instead it was released as a “finished” product.

Normally Google releases a product with many features and slaps a “Beta” label on it, like they did with Gmail. Then slowly releases new features or refines existing ones. Ineffect recuiting its users as testers pubilcally.

This time Google released a product that does very little but what features it has are very solid. Although, some of the initial decisions Google made regarding Buzz are questionable. Abnormally Google reacts very quickly on complains and refines the product based on these feedbacks almost over night. I believe Google’s ability to accomplish such agile development methodology is the result of hiring seasoned individuals from the social network community (people like Chris Messina and others) specifically for the development of Buzz and social features in other products within Google’s suite of applications/services.

END_OF_DOCUMENT_TOKEN_TO_BE_REPLACED

This requirement of providing a 3rd party with my credentials of another service had never sit well with me. So I did not use any 3rd party web services that requires my Twitter credentials. This decision was frustrating to me, as during this time Facebook, FriendFeed and others had authentication services that does not require their users to provide their respective credentials to the 3rd parties. As a result I joined the 100s of others who requested Twitter adopt OAuth or alike technology for their site.

END_OF_DOCUMENT_TOKEN_TO_BE_REPLACED

For those of you who does not know SCMP stands for “South China Morning Post” the only major English newspaper left in Hong Kong.

Does SCMP realize they are a news agency. If there is a story about police in China arresting people carrying GPS devices as spy, then we want to know about it now, today. We don’t need a preview of “story to come tomorrow” so you can hope to sell more newspaper tomorrow.

There are an appropriate use of the various online communities, like Facebook, whether it is Social Networks, Instant Messaging (IM), Life Streams or Blogs. Each one of these community has its respective use in personal or enterprise context. For the companies who are up with modern trends, will recognize these are just different communications means.