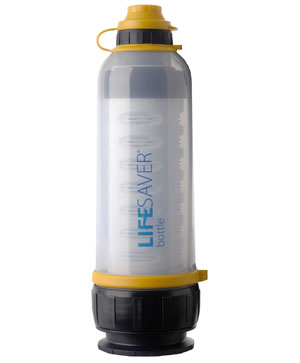 Water occupies 71% of the Earth but we still have millions of people drinking dirty water. Some of these people (approximately 1.8 billion) walk miles to get these dirty water. Are there no solution to this atrocity?

Michael Pritchard has the invention, LifeSaver, that can be the answer. In 2007 Michael received the “Best Technological Development” award for his invention and publicly showed off his invention in a TED Talk in 2009.

Since then Michael’s company LifeSaver Systems Ltd. has partnered with NGOs and militaries around the world to help people receive clean drinking water. Including major disasters like 2004 Asian Tsunami, Hurricane Katrina and 2015 Nepal earthquake.

Although, there is a lifespan for the filters used within these LifeSaver systems, with appropriate funding I think we can achieve the UN goal of no one live without clean drinking water.

Did not get to many of the things I had planned: Bondi Beach, Segway Tour and Blue Mountain, but still had a great relaxing, cool (away from the heat in Hong Kong) vacation.

While I’m in Sydney I gave Jamie’s Italian a try. The price is medium for Sydney, the taste is different, atmosphere is a bit rustic modern, but the table we had was a bit tight. If you have the choice don’t choose tables upstairs or on the ground floor below the balcony. The upstairs has a very low ceiling so it makes the space feel cramp and noisy when the it is filled. The tables by the wall below the balcony (the ones on the left of the photo) are so close to the isle that sometimes the waiters may bump you when they speed by with dishes.

I hope the space at Jamie’s Italian Hong Kong will be much better organised. The food is fresh, simple and natural, just the way you expect from Jamie Oliver. 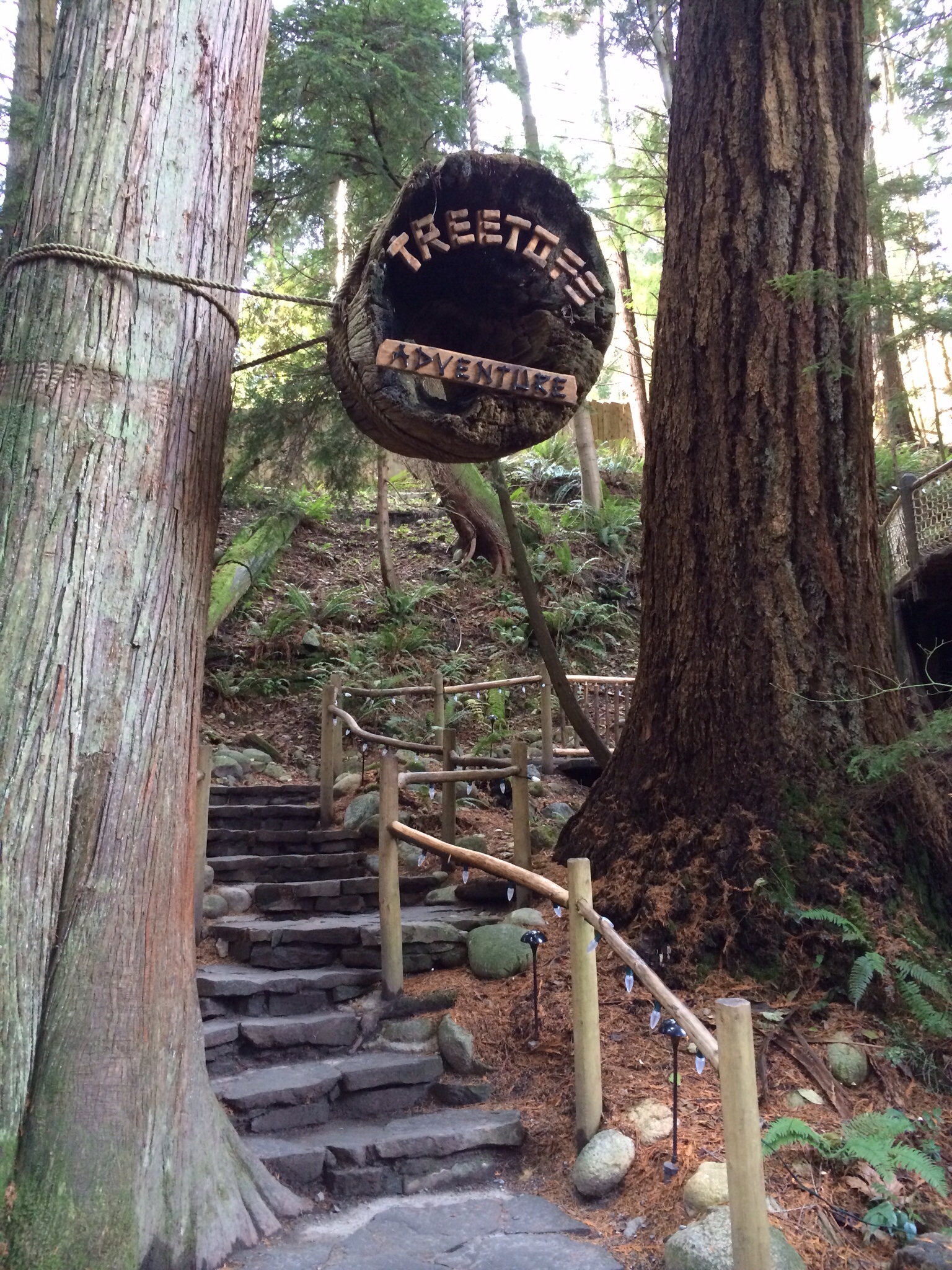 Capilano is one of the must see attractions when visiting Vancouver, British Columbia, Canada.

It was built in 1888 and improved and transformed to the attraction we see today over the past decade. With the adult entrance fee of CND31.95, this includes the Suspension Bridge (main attraction), Treetops Adventure, Nature Edge Walk and Cliffwalk. 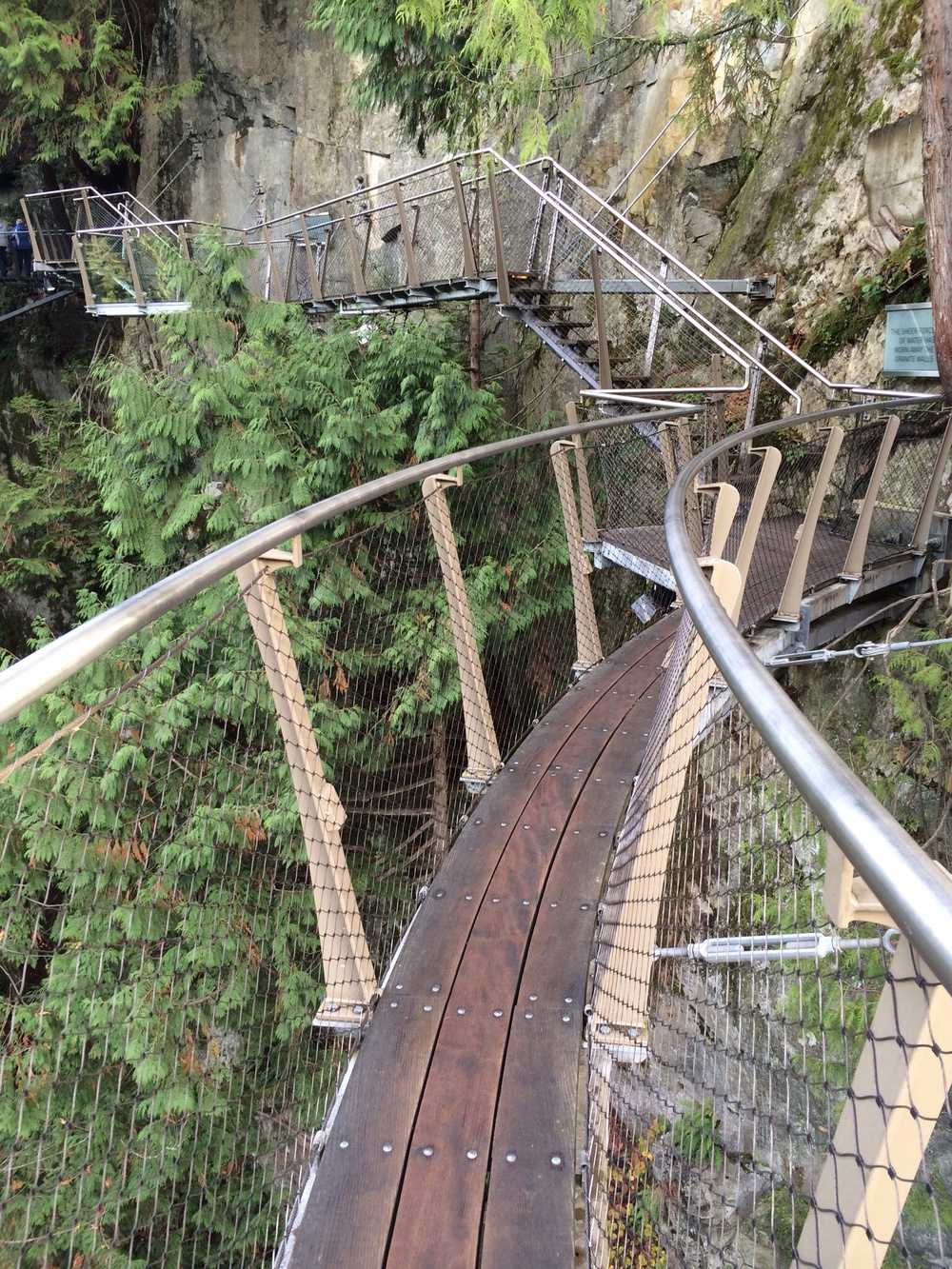 Visiting the park should not be done during Fall during the area’s rainy season. 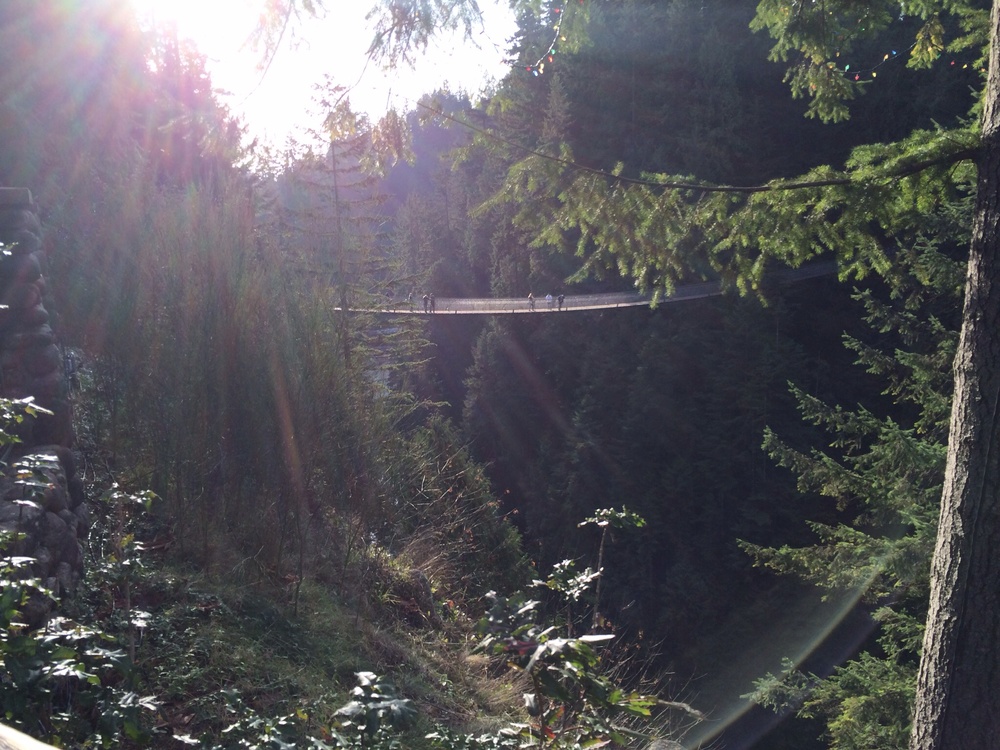 Dress warmly is necessary during the Winter months as this is the rain forest.

Parking is CND5.00 for the whole day across the street from the entrance to the Capilano Park. 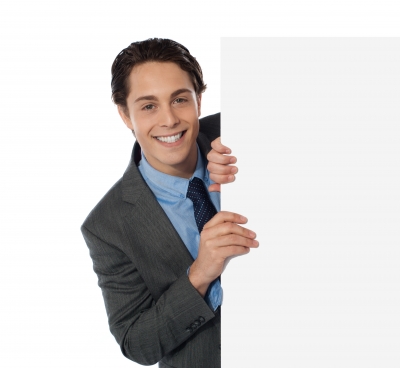 That is often the question I ask myself now a days.

We have accustom to having our identity recorded by the respective governments. Reduced ourselves to a number; in most cases this is in the form of a Government issued ID card, Drivers License, Passport, Social Security, etc. We always trusted these government entities to maintain our private information in a secure manner.

While our lives slowly involved online presences over the past 10 years, we began trusting non-government entities to maintain pieces of our identity.

These online presences resulted in the manifest of virtual social hacking. The act of gathering pieces of information from various sources, in an attempt to build a full picture of an identity. Social hacking is not something new. Traditionally this was done through the use of trash that people throw out, stolen pieces of mail from mailboxes and crank calls.

As we move forward and the fact that digital living is now prevalent. We shall settle with the fact that third parties will have pieces of private information about us. We need to learn how to protect ourselves while at the same time reaps the benefits of these online presences.

Is the situation so grim that we do not have any privacy? Well that depends on how you balance the right amount of information placed online to benefit from the services offered, while still protecting your most private information.

Let’s be safe and enjoy what the Internet services offer.

This evening I saw the movie Mission Impossible: Ghost Protocol at AMC Cinemas, Pacific Place, Admiralty, Hong Kong. One of the movies from my Must See Movies list, and the following is my movie review.

END_OF_DOCUMENT_TOKEN_TO_BE_REPLACED

This evening I saw the movie Mission Impossible: Ghost Protocol at AMC Cinemas, Pacific Place, Admiralty, Hong Kong. One of the movies from my Must See Movies list, and the following is my movie review.

It has been 5 years since the last edition in this version of the Mission: Impossible franchise. Unlike the previous two movies this one is worth the wait. Again it stars Tom Cruise as “Ethan Hunt“, only Simon Pegg returns from the previous edition, Mission: Impossible III. The favorites: Ving Rhames and Michelle Monaghan, also earn cameo roles in this movie.

Without leaving fans hanging from previous editions or loose new audiences, it continues the story from the last movie in the franchise, and slowly develops the characters we are not familiar with.

In the past movies I complain that they lost the “clever trickeries” of the original TV shows, happy to say that this movie brings back all the cleverness while retaining the light and appropriate use of technologies throughout the movie. One exception is the Minority Report style screen in the BMW Vision EfficientDynamics that really did not serve any purpose other than nostalgia for Cruise fans.

Overall it was an exciting and action pack movie that will give anyone an entertaining movie outing, not just the Cruise fans. 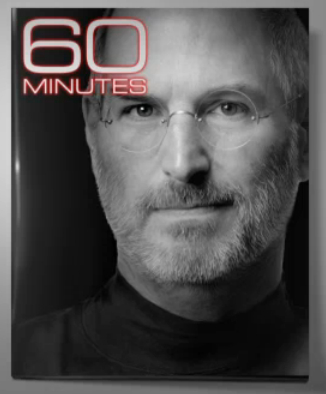 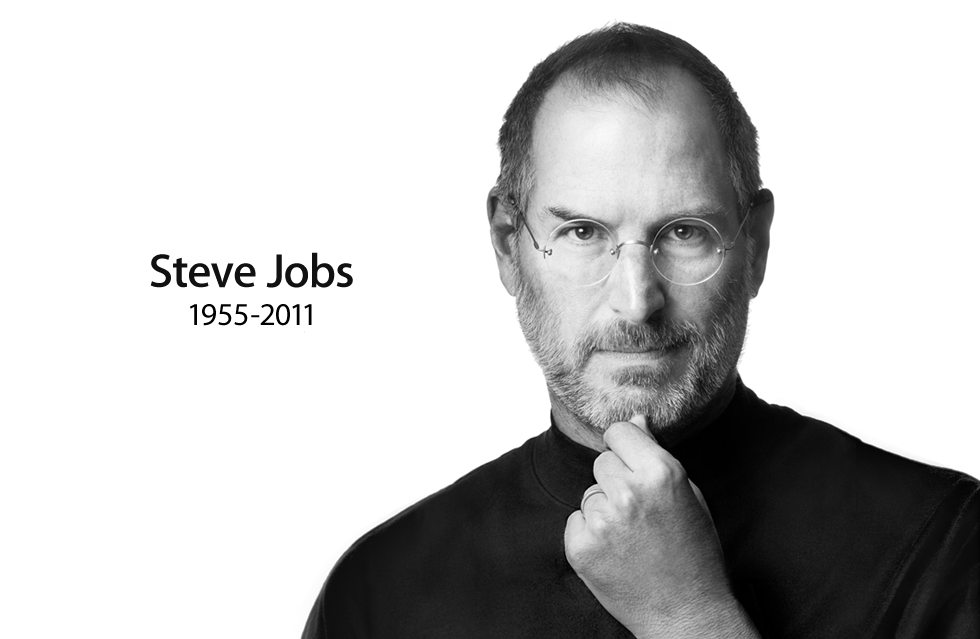 We will miss you, may you rest in peace.

You had given us so much, changed our lives by your products and innovations. Allowed us to create amazing movies, music and work of arts with the products you created.

The first computer that I owned was an Apple IIc and I felt in love with Apple the company and its products shortly after that. Since then Apple’s computers have been my computing tool of choice and never used any other platforms. END_OF_DOCUMENT_TOKEN_TO_BE_REPLACED

In technology we are use to dealing with the chicken and egg scenario. Where one technology break through cannot happen until another happens.

END_OF_DOCUMENT_TOKEN_TO_BE_REPLACED

Today CSL further encourages the development of LTE (4G) technology in Hong Kong with the release of its LTE/DC-HSPA+ USB Modem by ZTE to existing 1010 subscribers.

CSL says their LTE network is now active in 80% of the locations in Hong Kong where previously only have 3G coverages. Over the next few month all locations where 3G coverage is available will also be equipped with LTE coverage.

During the initial launch last year only selected Corporate customers of 1010 have the option to sign up for LTE service. In February CSL made that available to all 1010 corporate customers. Now with the official release of their LTE/DC-HSPA+ USB modem they are making the LTE service available to all existing 1010 customers. This limitation is due to the hardware supply restrictions of the USB modem from the manufacture [ZTE]. In a few weeks when supply of the USB modem becomes plentiful all 1010 customers will be able to enjoy the LTE service.

BTW: Well not all 1010 customers, because the current USB modem from ZTE; which CSL calls “Express 100”, is only compatible with Windows computers. Since I am a Macintosh user I cannot attest to the speed of this modem first hand.

At the moment the USB Modem is a much larger device when compared to existing 3G USB modems. You can see my photo of it using a standard AA battery for size reference. Fortunately, according to CSL when the smaller next generation version becomes available in a few months, all current subscribers will have 12 months to upgrade for free.

A hopeful statement from CSL, is that they say hardware/service product ranges will also broaden over the next few months. It will include MiFi devices and LTE tablet computers to name a few.

Along with the broaden hardware selections, CSL is recognizing the different data needs of its subscribers and will be migrating from a “single user single device” mentality to a “multiple users multiple devices” mind set when designing tariff plans to suit the needs of its current and future subscribers. This is very refreshing to hear being spoken by mobile carrier executives of any company. Along with this new thinking CSL will not be imposing any data cap on any of their unlimited data plans, aside from enforcing their standard Fair Use Policy. Any enforcements of this policy will be done in partnership with the subscribers in question, and CSL will work with them to understand their unique data needs so to come to a mutually acceptable solution for all parties.

CSL claims that they have the best mobile network in Hong Kong and the 3rd best in the world, and they believe that they have sufficient bandwidth to support heavy data usage. As a result they say, “we welcome high usage users to subscribe to our 4G services”.

To demonstrate the speed of their LTE network, CSL shows off several typical tasks: Download and Uploading files using a FTP client, Video Conferencing and doing the previous while watching a HD video on YouTube, one may do on their personal computers. The demos are impressive but I cannot provide any hard figures as to the actual Down and Up Link speeds, since I cannot experience it myself as explained above.
Although I compliments CSL for making the necessary investments to support the development of LTE in Hong Kong, I feel that CSL’s strategy is flawed. To properly break the stalemate of LTE development in Hong Kong is not to focus on the needs of the masses, but on the early adopters. If the early adopters buys into the service and technology, and snow ball into adoption for the masses. As a result breaking all stalemates pertaining to LTE development.

So USB modem should not have been CSL’s initial hardware offering, this device will only satisfy the needs of notebooks and netbooks users. Both of these computing devices are so 2010, current trend are mobile network enabled devices and tablets. Acknowledge that LTE compatible versions of these devices will be available soon, but to ensure the most number of customers with legacy devices can take advantage of the CSL LTE network, they should have focused on LTE compatible MiFi devices like Sprint and Verizon did in the USA.