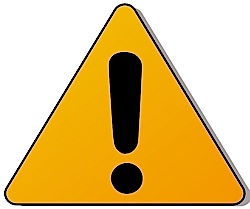 I just receive the following email from a company who claims to represent the “Department of Registration Service in China”.

It appears that the email was sent to individuals who owns domains and is attempt to scam the user into spending outrages prices for similar domains under different TLDs.

We are the department of registration service in China. we have something need to confirm with you. We formally received an application on May. 17, 2010, One company which self-styled “Mintor(Japan)Venture Capital Co.,Ltd” are applying to register(vinko) as internet brand name and domain names as below (vinko.cn vinko.com.cn vinko.net.cn vinko.mobi  vinko.asia  vinko.in  vinko.hk vinko.tw etc.).

After our initial checking, we found the internet brand name and these domain names being applied are as same as your company’s, so we need to get the confirmation from your company. If the aforesaid company is your business partner or your subsidiary company, please DO NOT reply us, we will approve the application automatically. If you have no any relationship with this company, please contact us within 15 workdays. If out of the deadline, we will approve the application  submitted by “Mintor(Japan)Venture Capital Co.,Ltd” unconditionally.

Please forward the email to your decision maker,and let them contact me in time,so that we can handle this in reasonable,Look forwarding to hearing from you.

Whatever you do, DO NOT click on any of the links, reply to the email, visit the company’s web site or act on this email in any way. It is a scam to try to get you to purchase more domain names.

Other than the “Red Shirt Movement” in Thailand there is also a movement to stop using Facebook.

This all started when Facebook announce their “Open Graph API” initiative. I am not going to explain the details of this API here, because there are extensive documentations on Facebook’s Developers web site. The reason for concern is not because Facebook has opened its API, but how Facebook is doing so and the side effects of these actions.

From the beginning, users of Facebook have used it as a private network where people share personal information with only people they desire and no one else. In recent days/months due to various changes to Facebook it has betrayed this trust that over 400 million Facebook users have placed on the site.

END_OF_DOCUMENT_TOKEN_TO_BE_REPLACED 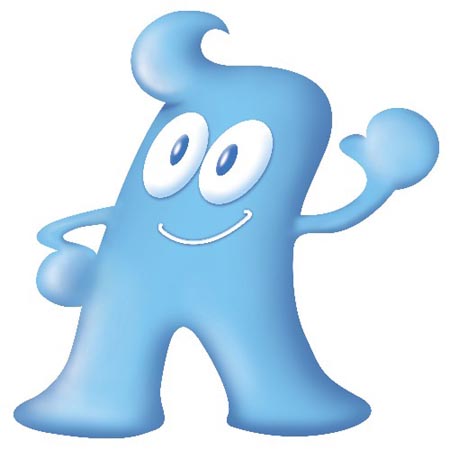 The 2010 World Expo officially opened on China’s Labour Day, May 1st, in Shanghai’s New Pudong district along both sides of the Huangpu river, between the Lupu and Nanpu bridges.

I visited the Expo on the 2nd day and 2nd day of China’s Labour Day holiday. It was a very hot 30C sunny Sunday in Shanghai fortunately it was dry and not humid. Due to the size of the Expo and the number of entrances, it was misleading as to how crowded the Expo was when I arrived at Gate 5-3 at 11:30 in the morning.
END_OF_DOCUMENT_TOKEN_TO_BE_REPLACED

It appears that many who had jailbroked or unlocked their iPhone 3G[S] did not know what they are doing or had not ask the friend who knows, like myself, before upgrading their iPhone to version 3.1 of the firmware.

It is very important that BEFORE anyone upgrade they save a copy of their unique iBEC and iBSS files before the perform the 3.1 upgrade. Failing to do so will, at the moment, made the iPhone no longer unlockable or jailbreakable. These files will also not be obtainable afterwards.

END_OF_DOCUMENT_TOKEN_TO_BE_REPLACED 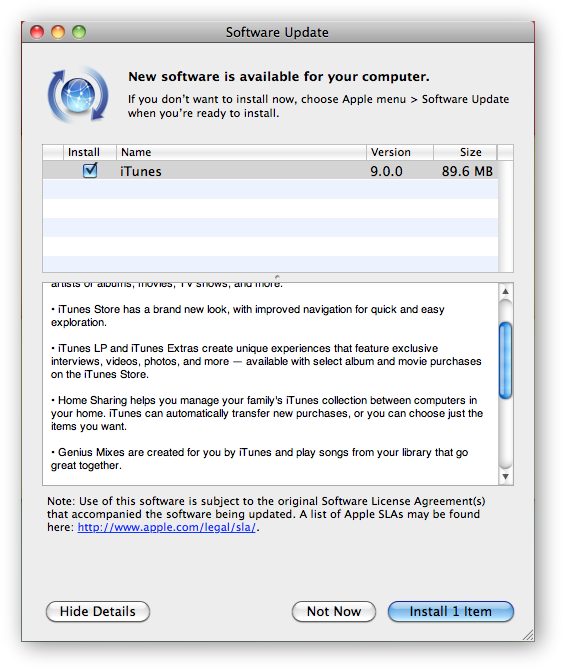 If you run the Software Updates on your Mac or Check Updates from within iTunes you will find that Apple had updated iTunes to 9.0.

There are many discussion about iTunes 9.0 all over the Interweb so I will not do it again here.

END_OF_DOCUMENT_TOKEN_TO_BE_REPLACED

If you have a blog you will agree that RSS is one of the most important piece of technology to help disseminate your blog content through out the Interweb.

Unfortunately this RSS (protocol) is a pull technology where subscriber to the feed must poll the source of the RSS feed for new content. Often this polling iteration is every 15 minutes or so. In the current realtime world of Twitter, FriendFeed and Facebook timelines, this method of requesting information seems old and out-dated. This is why one of the pioneer for RSS, Dave Winer, came up with rssCloud, a new element that was added to the RSS protocol in January 2001 as part of RSS 0.92 and later in RSS 2.0.

With rssCloud the newsfeed readers will no longer have to poll the source of the feed for content periodically. Instead as soon as new content is available from the source it is pushed (sent) to all subscribers of the feed. This lends to more timely conversation on the content and serves our realtime web much better.

Prior to Automattic’s adoption of rssCloud the only reader that recognize the <cloud> element was Winer’s River2 RSS reader, this created a chicken-and-egg problem where RSS reader developers were not eager to add the rssCloud feature to their reader and site owners did not bother with adding the element into their RSS feed.

Fortunately, Joseph Scott was kind enough to help with this drive, he released a WordPress plugin to help self-hosted WordPress blogs add the rssCloud support to their own feeds.

Also on the RSS reader front, the cool up and coming web service, LazyFeed is announcing support for rssCloud.

I suggest all WordPress blog owners; no matter self-hosted or one residing on WordPress.com, enable this features, so we can add to the excitement and trend of this realtime web evolution.

I had pre-ordered this version on Tuesday, when Apple began accepting orders on their online store for HKD238.00. Apple had originally told me that my order was going to ship on August 28 and I would not receive the shipment until Monday, August 31. Although I was a bit disappointed I was glad to have the time to prepare my Mac for the upgrade. So I was caught by surprised when Apple delivered my shipment on Saturday, August 29.

You ask, “…prepare my Mac for the upgrade”? Yes, I normally do a fresh Time Machine backup and a full image backup of the boot up drive before I attempt any OS upgrade. Since this time it is a dot release, and the amount of changes to the underlining OS, it is even more important to do so.

END_OF_DOCUMENT_TOKEN_TO_BE_REPLACED

Started about 14:00 yesterday (August 17, 2009) Hong Kong time access to majority of the Internet web services hosted outside of Asia was unreachable.

This first happened at my home with Netvigator Home Broadband service. I Tweeted about this hoping to get confirmation from others in Hong Kong. I also left to tried to see if the problem is localized to my building or district (Wanchai). I visited a Starbucks in Causeway Bay. After logging into PCCW WiFi connection at Starbucks I confirmed that most Internet web services were unreachable.

This morning China Unicom released an explanation, as reported by Shanghai Daily, the reasons for yesterday’s Internet interruptions for its customers. PCCW’s Netvigator service released a short news item in their Customer Service section of their web site, placing blame on “severe weather conditions” that caused “multiple submarine cable faults” claiming that “Some customers may experience traffic congestions” with”international traffic”. I have encountered Error 500 for services I tried to access, but in Netvigator’s “news item”, it claims that their “systems are in normal operation and are working closely with partners to divert traffic”.

I cannot see how they can claim their “systems are in normal operation”, when I had paid for and expects the delivery of broadband Internet service at 8Mbps. So I called Netvigator’s Technical Support line, 1000, and filed a complaint and asked for details of compensation to customer for the interruption.

According to Netvigator service policy, if any interruptions is longer than 24 hours their customer is justified for compensation. The Technical Support representative tells me that I should call back after the service is back to “normal”, since they have no idea how long the interruptions will last.

I suggest everyone who are effected by the PCCW’s Netvigator Broadband Home service interruption to call Netvigator and demand compensation and to ask for your complaint to be logged.

Today all PCCW Home Netvigator (one of the largest Broadband ISP in Hong Kong) customer encountered problems accessing web sites outside of Hong Kong. It started for me some time around 14:00 and is still an issue.

Fortunately, many people who has an iPhone was able to tether their computer to their iPhone’s HSDPA connection.

This produce a very good result. Although, as the PCCW problem persist throughout the evening. I presume more and more HSDPA customers are tethering their phone to their computer for Internet connection.

END_OF_DOCUMENT_TOKEN_TO_BE_REPLACED

I had Google Voice for almost a month now. I was so excited to receive the Google Voice invite, as I had been wanting to get an account ever since GrandCentral days; the company and service that Google purchased and rebranded it into Google Voice.

For those who does not know, Google Voice is a service where Google assigns you an unique USA telephone number. Then whenever you receive a call at your Google Voice number, you can set up the service to ring any (US) telephone numbers you have. It also enables screening and grouping of these callers so that certain individuals can be directed to voice mail or a specific telephone number.