If you are into technology or if you use Gmail you will have noticed Google launched Buzz several weeks ago. Google this time took a different approach of launching its products/features. Buzz was not released with an “Alpha” or “Beta” badge, instead it was released as a “finished” product.

Normally Google releases a product with many features and slaps a “Beta” label on it, like they did with Gmail. Then slowly releases new features or refines existing ones. Ineffect recuiting its users as testers pubilcally.

This time Google released a product that does very little but what features it has are very solid. Although, some of the initial decisions Google made regarding Buzz are questionable. Abnormally Google reacts very quickly on complains and refines the product based on these feedbacks almost over night. I believe Google’s ability to accomplish such agile development methodology is the result of hiring seasoned individuals from the social network community (people like Chris Messina and others) specifically for the development of Buzz and social features in other products within Google’s suite of applications/services.

On initial look you may notice similarities to FriendFreed (now a Facebook property), with abilities to connect to external web sites and aggregate contents from these sites. You may ask why will I want to aggregate content into one site? That will depend on the type of sites one connects to Buzz. 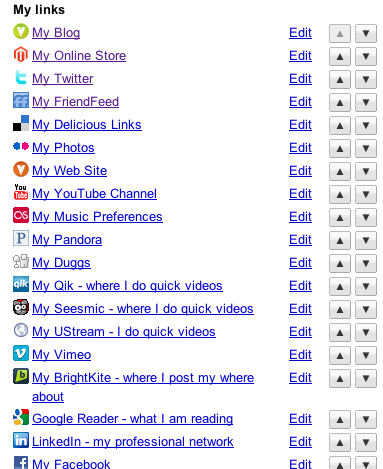 In most cases, Google expects users to connect sites with original content that users generate themselves, like personal blogs or other sites that the user belongs to with original content relating to the user. Google assists with this process by providing a list of “linked” sites from the user’s Google Profile; Yes, all users of Buzz must first have a Google Profile in addition to Gmail. If the user does not already have a Google Profile, the user will have the opportunity to create one during the activation process for Buzz.

Now Alberto Garcia Hierro has made an iOS application, Buzzie [iTunes Link] that he wants USD1.99 for it in the iTunes App Store. I personally do not see a need for a dedicate app for Google Buzz on any of the iOS devices. Google has a fairly usable version of their site customized for the iOS devices.