The app allows you to search among various categories for places mentioned in one of the services: Google, Bing Maps, Foursqaure, Twitter and Wikimapia, it is “partnering” with. By partnering, I mean the app utilizes API from the respective services to display search results to the user. During these searches it takes into account the user’s location, either specified manually or by the built in GPS of the iOS device. 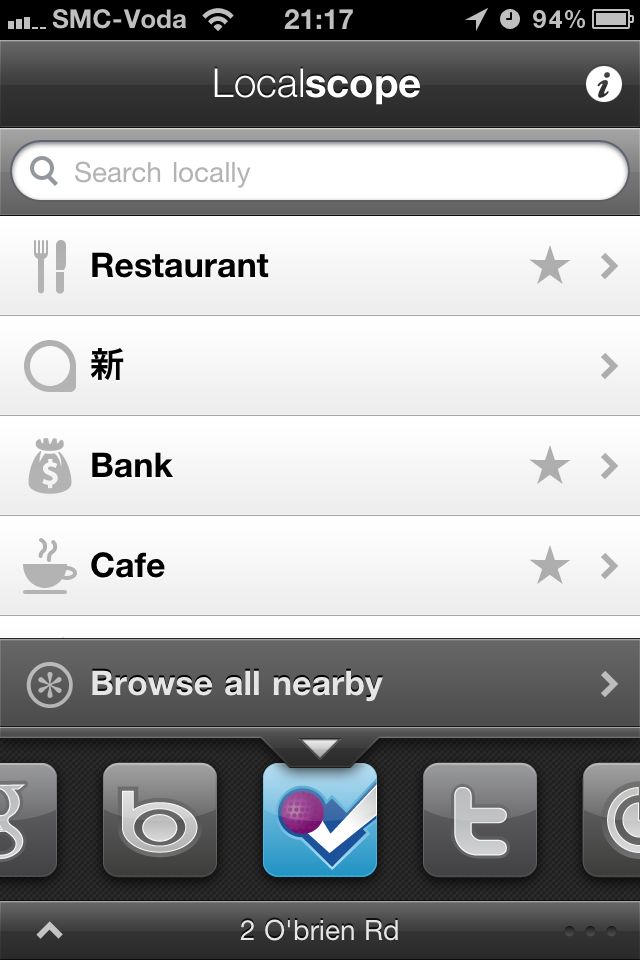 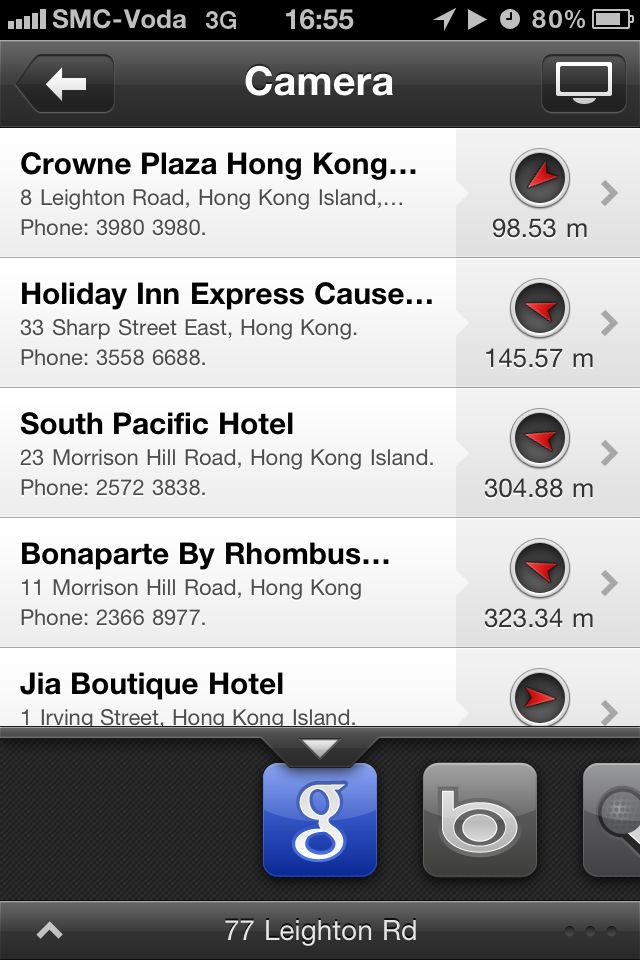 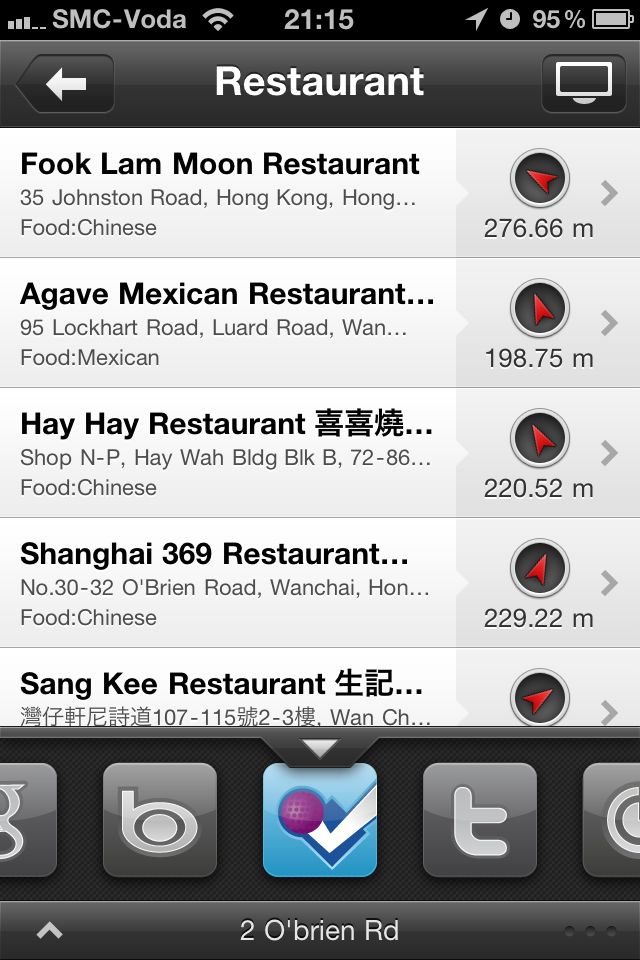 The built in categories are the ones you will expect, but the results from these are fairly inconsistent. For example, there are spots that have Google Places entries and are close by, but do not show up in the chosen category or search term when using the Google search. Not sure if this has to do with whether the spots has Google Hotpot entries.

Unlike most other applications of this kind, it allows the user to manually set a location by turning off the GPS feature, making it easy to plan ahead for the place one is about to visit.

This feature is useful for places where GPS signals are not that accurate; like Hong Kong and other cities with many tall buildings.

This attention to details extends to the app’s utilization of common iOS UI to improve its functionalities. For example, the action of pulling the list down will force the list to update, pulling the list up will load more items.

To make the app a more complete local search tool, it allows quick calls to the chosen spot for iOS devices with communication capabilities. This feature is hidden in the Item’s Options reviewed by swiping either left or right on the item, the same capability can also be found within the Item’s Details page. 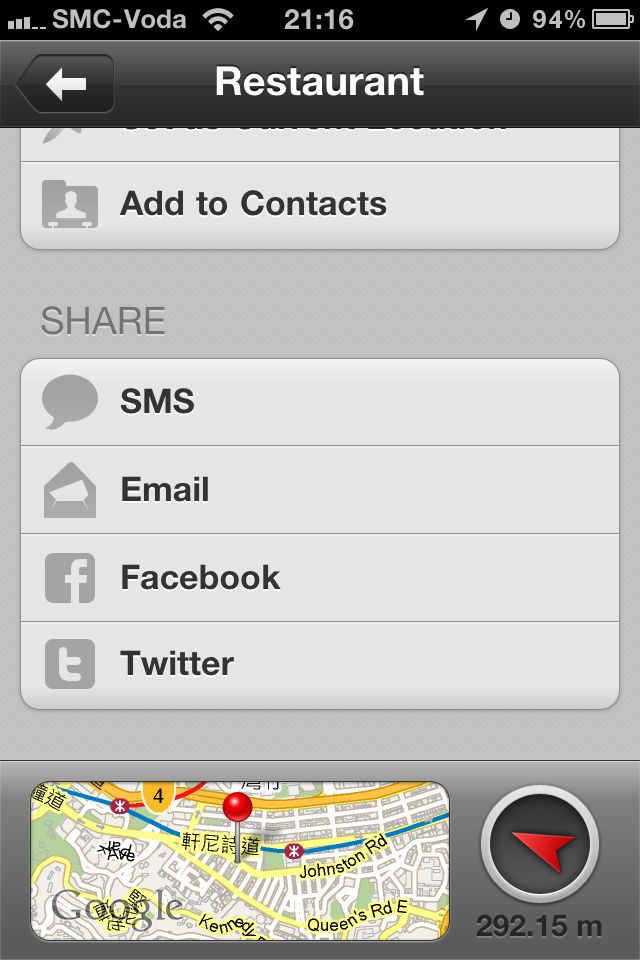 Another unique feature this app has over the others is its ability to utilize the built in compass to show the directions of spots from the user’s chosen location in additional to the distance. This gives the user a much better idea on the direction to head towards.

The app also combines features from several other similar apps to offer three different ways the search results can be viewed: List view, Map view or Augmented Reality (AR). The AR view is similar to the one found in the most famous AR iOS app, Layar. 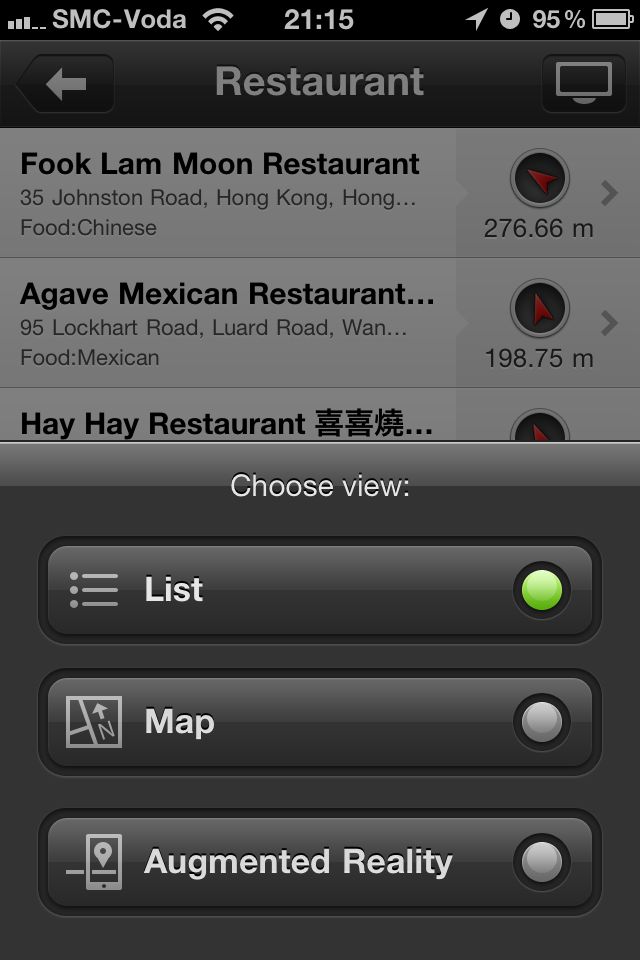 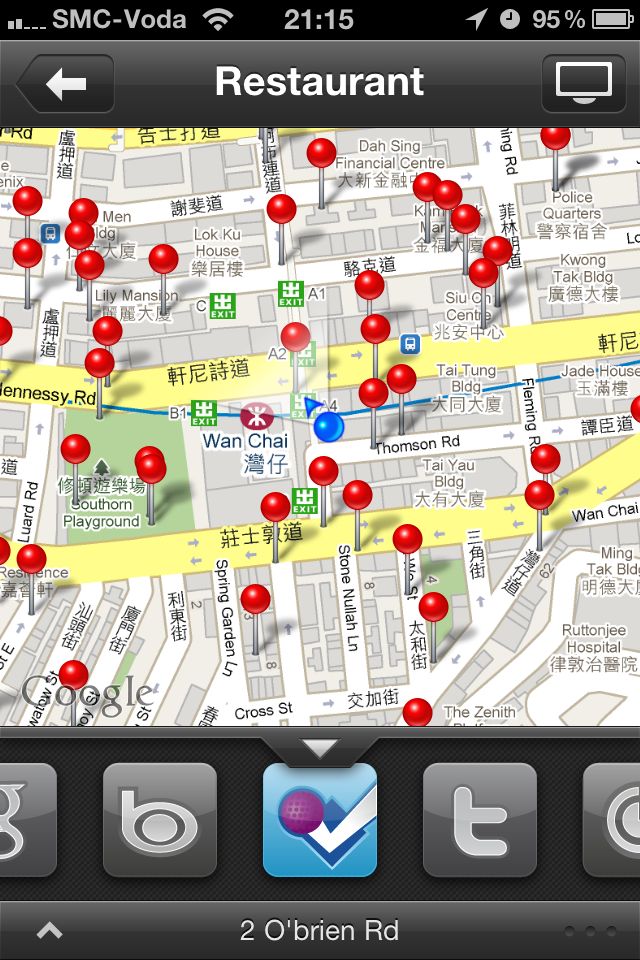 With over 400,000 apps in the iTunes App Store it is often hard to find a new app that demonstrates care and thought by the developer. I am glad to see Localscope [iTunes App Store link] is one of those apps. The developer is asking USD1.99 in the App Store.

A good feature to add is the integration with Facebook Places, so uses of Localscope can quickly check into places after setting a point-of-interest as the current location.