Cultures around the world have many differences, among those are the phrases used to describe everyday things.

For example, Canadians often call the poles on the side of the road supporting electric cables, “Hydro poles”. In other parts of the world these will be referred to as “electric poles”.

British people refer to long cushioned chair normally placed in the living room as “chesterfield”, but most other cultures refer to it as a “sofa”.

The most famous difference is the way North Americans refer to American football as “football”, where rest of the world use this term to refer to soccer.

Having been to Japan and recently returned from Sapporo. I notice a great deal of differences between Japanese culture and the rest of the world. Please note that I am generalizing and stereotyping based on my own observations. I also understands that there are exceptions in all cases about to be described.

There are a general conscious and awareness of the environment and self actions effecting the ecosystem. The Japanese takes great pride in recycling. At a public food fare in Sapporo during the Snow Festival, I notice at each disposal locations are three separate bins to receive the garbage. One with a ladle to receive the liquid and collect any garbage that may exist within the liquid. There was one to collect all styrofoam containers. The third collect all others. Some stations even have someone stand by, in case foreigners do not know how to separate the garbages.

Later on in the evening these dispose collectors were overflowing but everyone still kept with the separation process and not a single piece fell to the ground, or separated incorrectly. 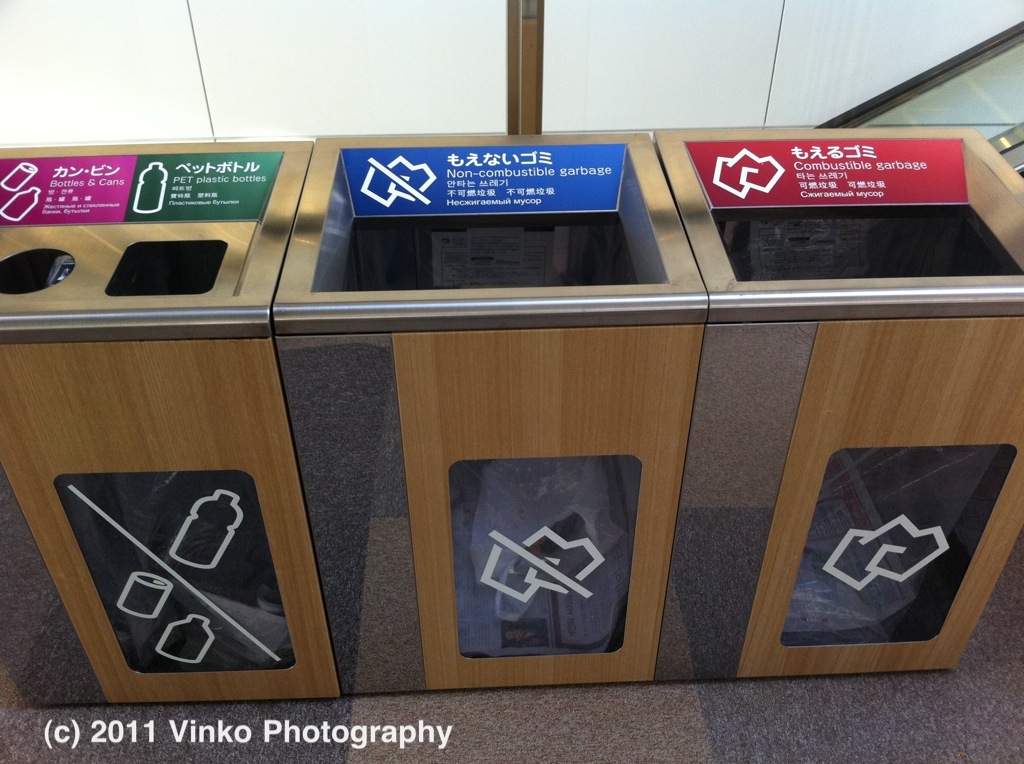 These dedication to the environment, determination and care for the workers down the processing line who will have to manage these waste is second to none that I can see.

I can imagine it happening in North America or Europe, but it will take only one bad apple to mess the who process up. I definitely cannot imagine this is possible any place where Chinese are the dominate culture, especially mainland Chinese.

Strangely, even with this awareness of the environment and recycling, the Japanese are the worst culture in terms of exploiting the sea for food. The problem with Japanese whaling, seal hunting and other form of hunting for food at sea, is a big problem throughout the open waters (“international ocean territories”). Of course Japanese are not the only ones exploiting the sea without concerns of the outcome, they are just the most contradictory. 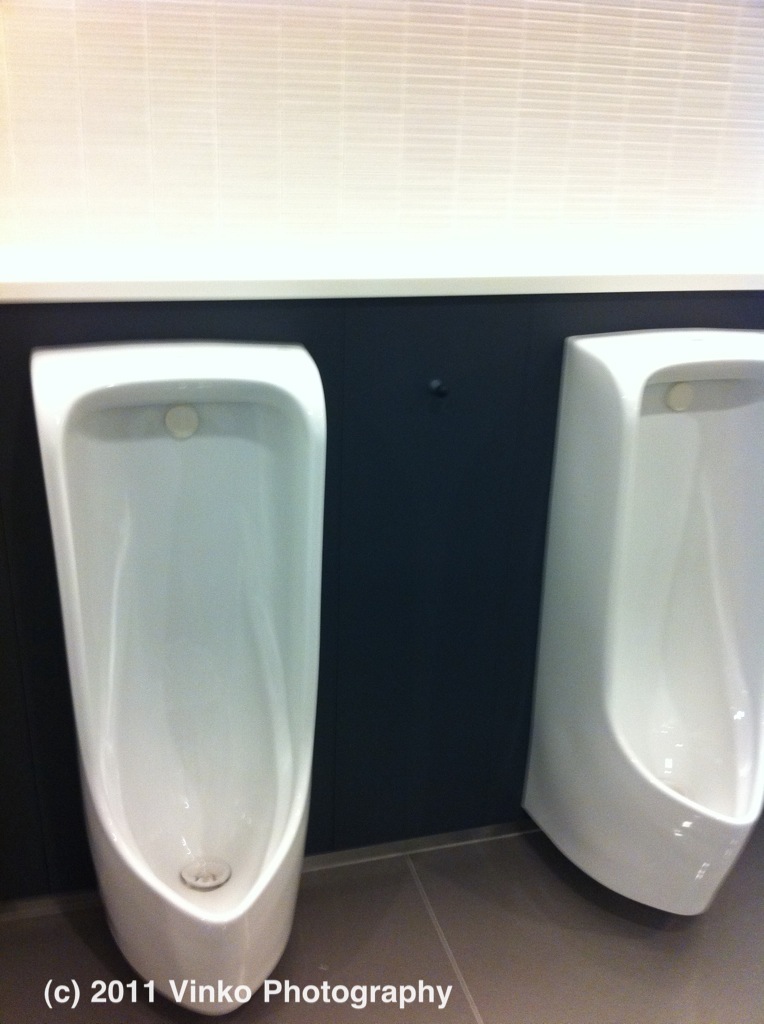 Another difference Japanese culture has over others is their attention to details.

Not only are washrooms in Japan extremely clean. I noticed during one of my visit to a washroom at the airport, they have hooks between the urinals in additional to a counter above, to allow people to hang and place their belongings as they perform their business. It is a bit hard to see the hook in the photo but I had to take the picture quickly for obvious reasons, but you can also notice that the urinals are set far apart to offer privacy. 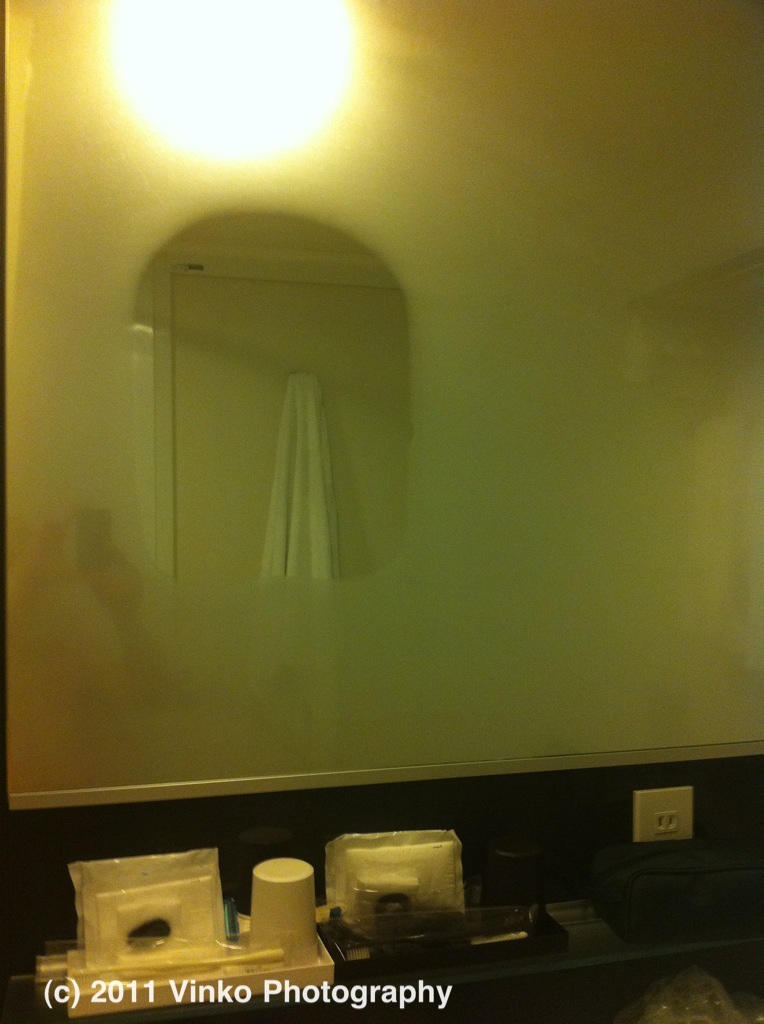 The other neat feature I found was in the washroom of my budget hotel room. One side of the wall had a full width mirror and after a hot shower I notice it had an anti-fog feature. It was not the entire length of the mirror but just a section large enough for the average person to see themselves in.

I believe these attention to detail is how Japanese companies recovered from the war and pulled ahead of their international competitors for so many years.

Each culture has much to learn from the others. I just which they can choose the correct traits to imitate.