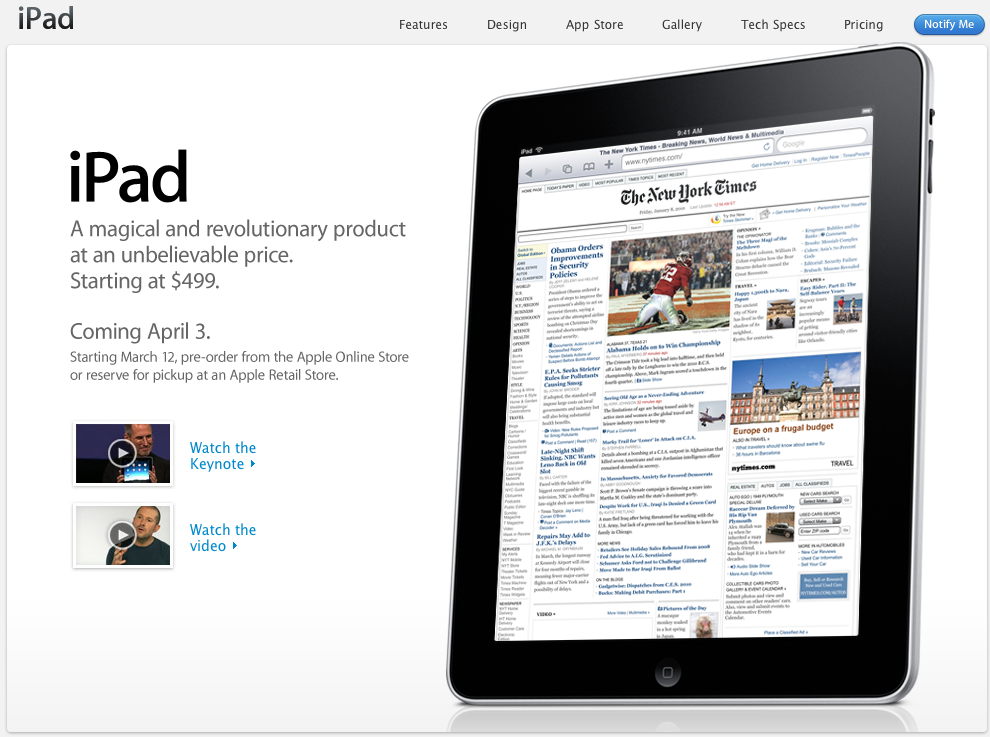 According to Apple’s January 28th announcement, they will released the iPad in stages. The WiFi only versions are expected to release 60 days from the announcement date (approx. March 30th), then the versions with WiFi+3G was to come 30 days (approx. April 29th) after that.

So based on the above understanding the April 3rd ship date should be for the WiFi only versions, and the versions with WiFi+3G are expected 30 days after that; some time beginning of May (approx. May 4th), just in time for Easter.

Interestingly the Apple HK web site still shows the WiFi versions are expected to ship “some time in late March” and the 3G versions in April. Did Apple change its iPad worldwide released strategy? Is Apple shipping both WiFi only and WiFi+3G versions in the US on April 3rd?

I guess we will have to wait until March 12th to find out. 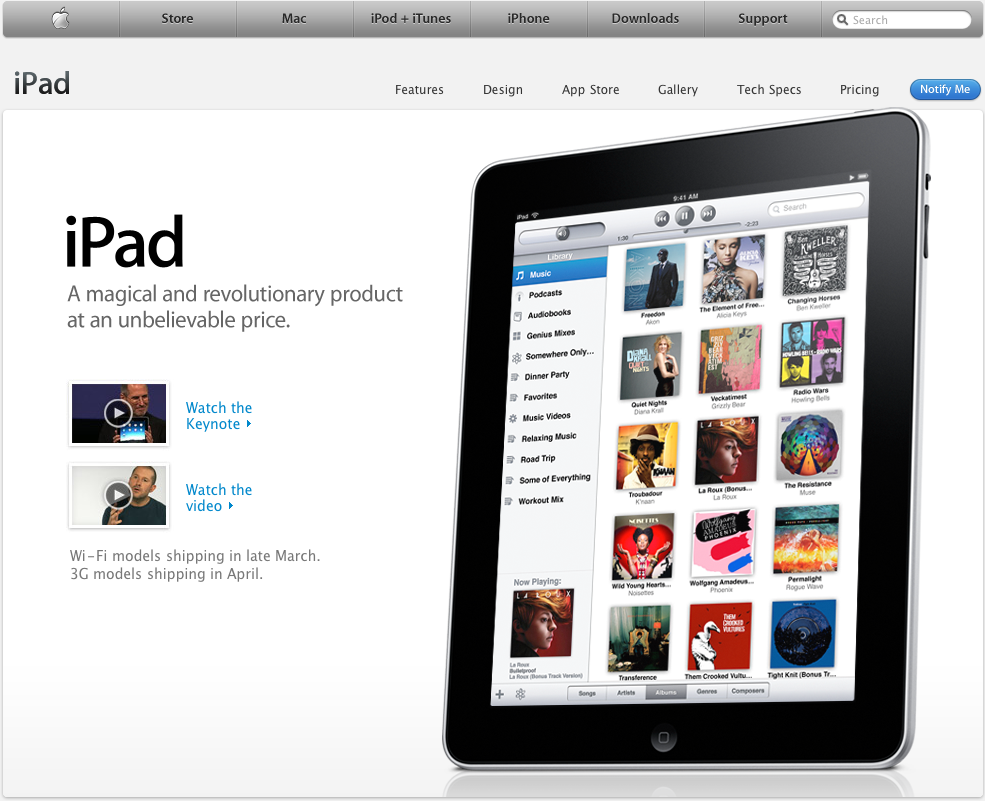