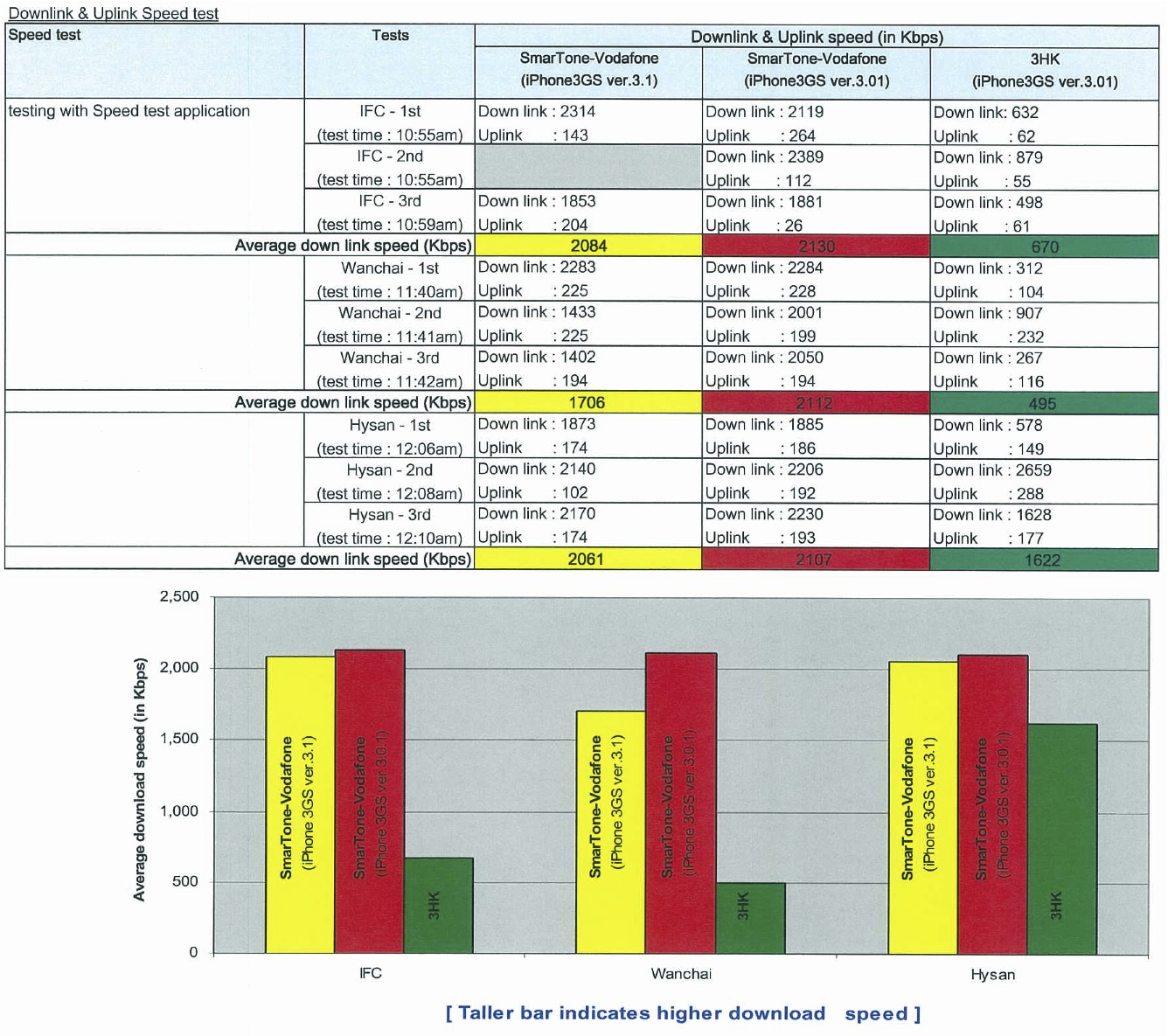 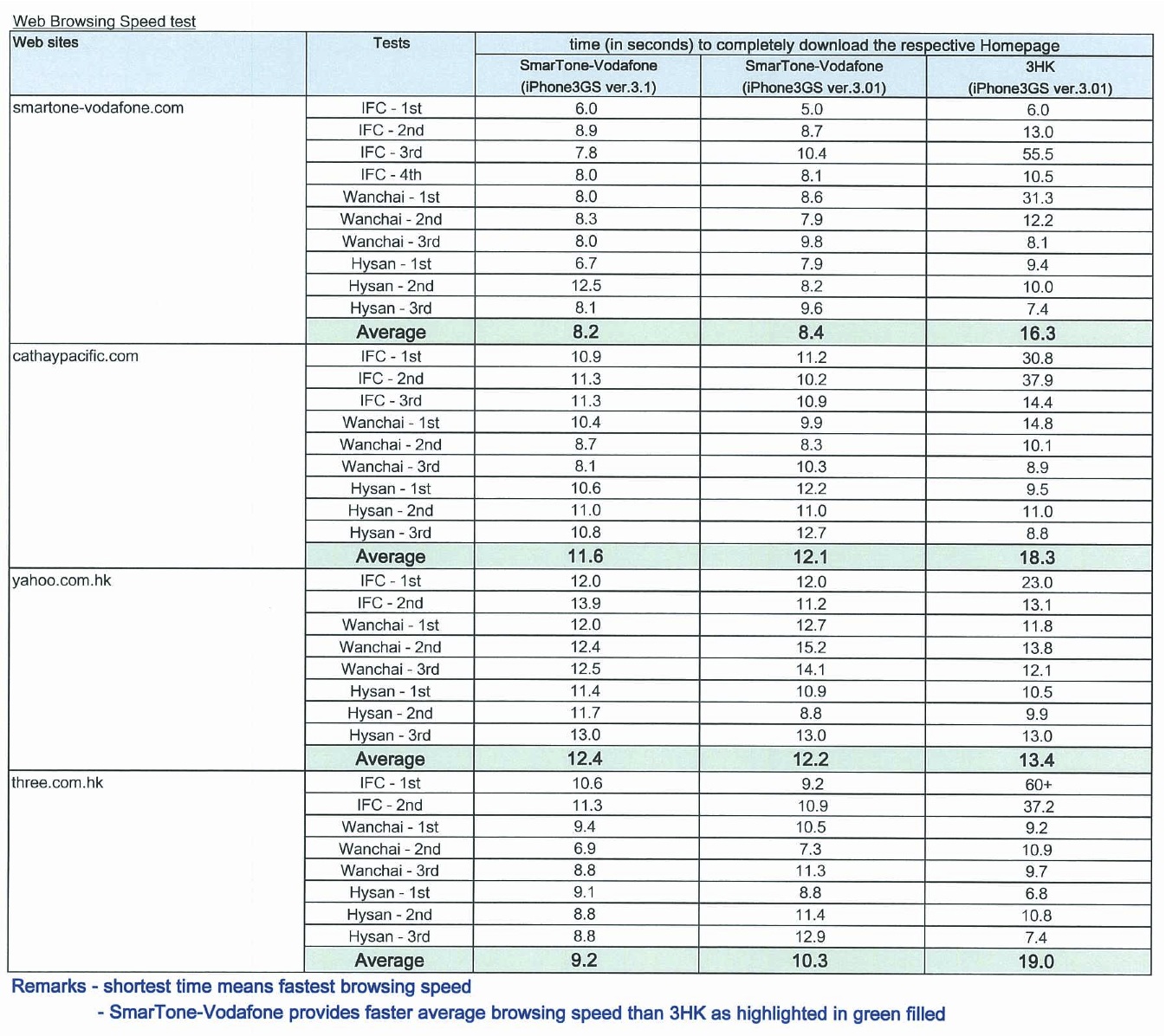 I would not have averaged out the speeds of the test on site by site bases, as we are talking about different locations on Hong Kong island at different time of the day. The better way to look at these data is to average out the browsing speed on a per site, per location bases. Below is the chart showing the speed in number of seconds to completely load the respective web page.

Having a consistent speed is much more important than having a fast downlink or uplink. I hope that this will provide consumers in Hong Kong a close to real life comparison of the two mobile carriers’ 3G networks.