Today is World Carfree Day and there were various government officials participating by taking MTR (Hong Kong’s subway system) to work and to meetings.

Yesterday the Hong Kong government announced its deal with Mitsubishi to purchase 10 Mitsubishi iMiEV electric vehicles, which it was testing since May 2009.

These 10 electric vehicles will be deployed progressively through out different government departments through to May 2010. They will be testing the performance of these vehicles in day-to-day activities of the respective department. All this is Hong Kong government’s push to adopt electric vehicle use in Hong Kong, to combat air pollution caused by combustion engine vehicles. 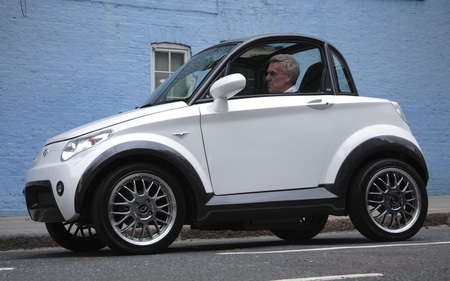 What I don’t understand is why the HK government did not support the locally designed, award winning, electric car, MyCar, designed and built back in 2004. I understand that the current model of MyCar may not be too functional for the kind of activities the HK government is thinking of at the respective departments, but due to the size of the MyCar, there are many things it can do much better than the Mitsubishi iMiEV. One great use would be to replace the police and fire vehicles on Lama and Cheung Chau islands.

Come on we need to encourage local talents, especially when these talents are considered leaders in their respective industries.