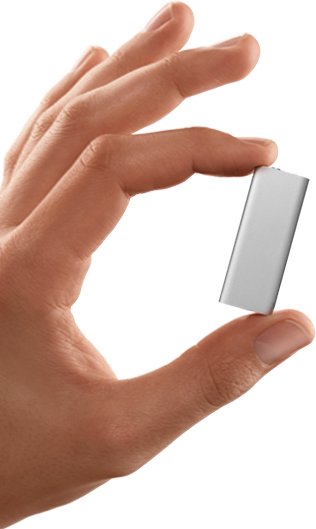 What is Apple doing?

They released a new generation iPod Shuffle tonight (morning US PST) that is ultimate in minimalist.

Like the 2nd generation iPod Shuffle it had no display, which when the 2G was released back in September 2006, people thought Apple was crazy to release a MP3 player without a display. So much so, that the imitators (in China) created versions of the iPod Shuffle (2G) look-a-like that had a display and radio tuners.

Now with the 3rd generation iPod Shuffle Apple went further to remove over 50% of the controls from the previous model and achieve to deliver the rest of the controls with just one (3-way) switch.

Of course, Apple did not do this minimalistic approach hastily, they replaced the removed 50% controls with a multi-positions switch on the headphone. This is the same headphone that was shipped with the iPod Touch (2G).

To satisfy the critics who complain that the original iPod Shuffle did not have a display, Apple included voice over in the new Shuffle to announce the details of the currently playing track and playlists.

A flaw I see with this latest minimalist design, is for people who do not want to use Apple’s headphones, they will have lost the ability to control the skipping, pause and play of the shuffle. Apple could have solve this by sliding the headphone control down the headphone cord and then made the cord a two pieces detectable. With one piece housing the pair of headphone and the other piece becomes an extension cord with the single switch control. So users with 3rd party headphone can easily plug their own headphone into Apple’s extension cord with the control switch. Of course, this is not my original design, many manufactures (ie. Sony, LG, etc.) have this design.

Aside from a minimalist design of the new iPod, did Apple marketing also adopted a new approach? There was no fan fare to announce the new iPod, nor did they make any rumble when they released the new Mac Mini, iMac and Mac Pro last week. They also did the release on a Wednesday (US PST time) rather than the normal Tuesday release date.

Is this the new Apple, or is it just while Steve Jobs is absence? How many more product announcement are we to expect before Jobs’ return? Given that almost all the hardware had been upgraded, they are only left with Apple applications and OS X, that latter which everyone have been expecting at this year’s WWDC.