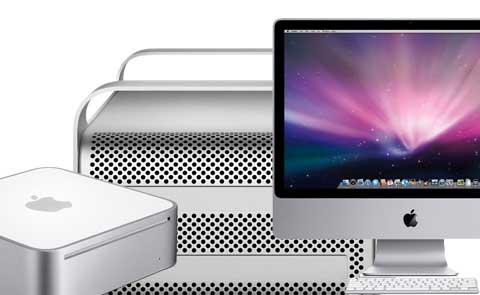 Apple this morning (US PST) released new Mac Mini, iMac and Mac Pro. The former were not a surprise to me but the latter was. As I had thought Apple will leave the Mac Pro upgrade for WWDC, especially given the current economic climate.

First the Mac Mini, the previously leaked photos, from China, was indeed real. I guess Apple had not place a tight enough iron fist around the Chinese factories manufacturing their hardware. The form factor did not change from the previous model, but inside and the back had.

The new Mac has:

This new Mac Mini with is improved separate video processor and more memory can now be a even better home media center with Boxee installed than before.

If we can only bring back Hulu on Boxee then it will be ideal.

As for the new iMac there was no design change except the wired keyboard that come in the box. Apple has removed the numeric keypad from the right of the keyboard. I personally think this is not good.

Anyway here are the comparison between the new and previous models:

The Mac Pro was improved in almost all elements I will not do a comparison here as there are too many, instead you can check them out at Apple’s web site for the Mac Pro.