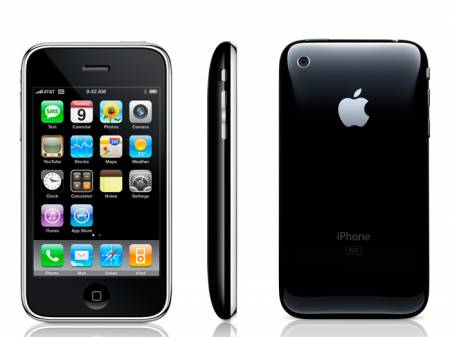 Last Saturday I decided to sell my 1st generation iPhone. Believe me this decision did not come easily.

Like most early adopters, I had been a user of the iPhone since it’s launch in June 2007.

This was not easy given I live in Hong Kong. Back in those days; sounds like a long time ago, but in technology timeline it is indeed. The iPhone unlocking/jailbreaking process took about an hour and a half with 24 steps that you cannot not miss or mess up.

Of course now this process of has been greatly improved, to a 15 minutes process with a single program and several clicks. Anyway you can read all about my iPhone exploits in my other posts.

Getting back to my decision to sell my iPhone. Ever since the first day after returning with the iPhone, purchased at the New York City, Fifth Avenue Apple Store, there had been a minor defect in the screen. This resulted in an area of discolouration. Unfortunately, I had hacked the phone and I was not about to fly back to NYC to bring it back to Apple. So I lived with it.

Over the past year and a half this area of discolouration became larger and larger. To a point where it was half the height of the screen when I sold it on Saturday.

I still wasn’t going to sell my iPhone, even though I would love to upgrade to an iPhone 3G

Note: this is particularly tempting since iPhone 3G sold in Hong Kong are “carrier” unlocked and there are no carrier contract commitments. The only time when you have to commit to a 2-years contract with Apple official carrier partner, Three (3) HK, is when you purchase a subsidized iPhone 3G from Three.

Although, Saturday Ann ran into this used-phone buyer that she knows and said that she will take the iPhone 1st generation for a good price, but cannot guarantee the price after the weekend. I did not think other used-phone buyers would even make me an offer, so I decided to sell my iPhone.

The next day [Sunday] being the first time in 18 months I did not have my iPhone with me, I felt lost. Particularly when I am heavily into the latest social network (lifestream) craze of Twitter, Facbook, Brightkite and Friendfeed. I was not able to update and tag interesting articles, webpages, videos and photos on the go until I’m at my computer.

I was not able to call anyone I speak to often in HongKong, since I did not have their numbers with me, as I never bordered to memorize any of their numbers. Without these numbers on the loaner Nokia 6300 I had no idea who was calling before I picked up the call, which was strange.

On the following Monday I woke up late for work, because I always have a weekday alarm set on my iPhone for the past 18 months, which I forgot to set on the Nokia.

At lunch I felt like I was out of touch, because I normally ready various RSS feeds from all over the Interweb.

Most of all I was not able to post to my blog from any where on the go, as a result missed a few days of posts. Sorry, I know that’s a weak excuse for my delinquency.

After going without an iPhone for several days, I realized how much it was part of my daily life and I really cannot live without it, at least until something better comes along.

Having said that I also realized it is not the best time to purchase a new iPhone 3G, not only because the 8GB and 16GB are selling for the respective HKD5400.00 and HKD6200.00. It is because the contractual commitment between Apple and the carrier Three is not suppose to last that long. When this initial commitment is relaxed I am sure Apple will lower the price of these phones to a more competitive amount.

There is also a high possibility that the iPhone will be released in mainland China very soon (months if not weeks away). When this happen the used iPhone prices will drop and Apple may also take this opportunity to lower its retail price on the iPhone 3G.

Fortunately, I am able to borrow a new iPhone 3G to use until one or more of the above happens.

[Update: January 15, 2009]
After writing my post Apple announced that talks with China Mobile had terminated. So now the Feb. 9, 2009 date from the used-phone buyer looks like it may be of two possible events: