Heard about this new restaruant on Ship Street, Wanchai, Hong Kong called, “Bo Innovation”, so I decided to go check it out tonight. Not sure if the chef/owner planned it that way, but the name “Bo innovation” sounds very much like “bold innovation”.

Unlike most recent new restaurants in Hong Kong; particularly the ones on Ship Street, this is not just an Asian fusion restaurant. It calls itself a “X-treme Chinese cuisine”, which you will find, after a visit, is a very appropriate description.

Before going in, I had no particular expectation, except restaurants on Ship Street had become trendy and chic. As a result I was expecting nothing less.

To my surprise, Bo Inovation situated above Brasserie Le Fauchon & Wine Bar, was nothing special. The deco was contemporary, with the traditional dark wood floors and light coloured canopy.

After I sat down for dinner I was a bit surprised by the simple menu and high price. There were two main choices: A Taste Menu or a Chef Menu. The Chef Menu is a HKD1080.00 per person 9 courses menu and requires the entire table to have the same things. The Taste Menu is a minimum HKD680.00 3 courses menu including appetizer, main dish and dessert.

The appetizer had 4 individual courses.

The manager decided to give us a free appetizer to try. It is a rice noodle cooked in mushroom sauce with a small amount of white ginger sauce.

The main course came fairly quickly like all other courses so far.

According to the waiter each meal always comse with rice at the end of the main course.

The dessert came in three Chinese style desserts; at least in initial appearance, with western variations in each, making every bite a present surprises. 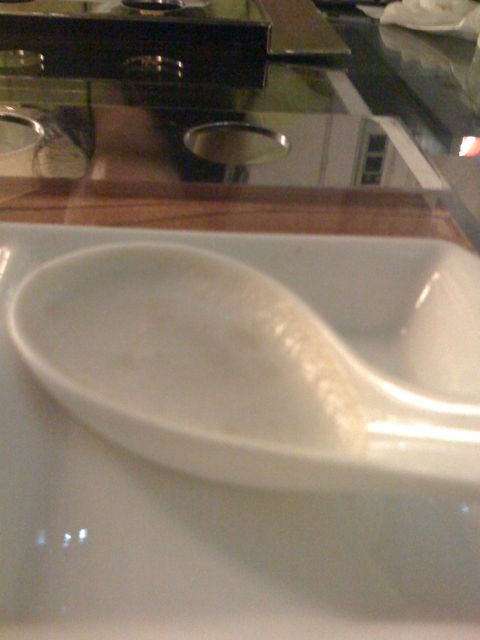 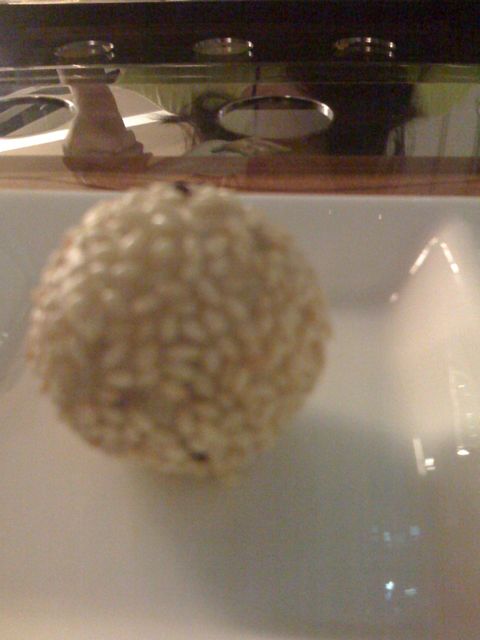 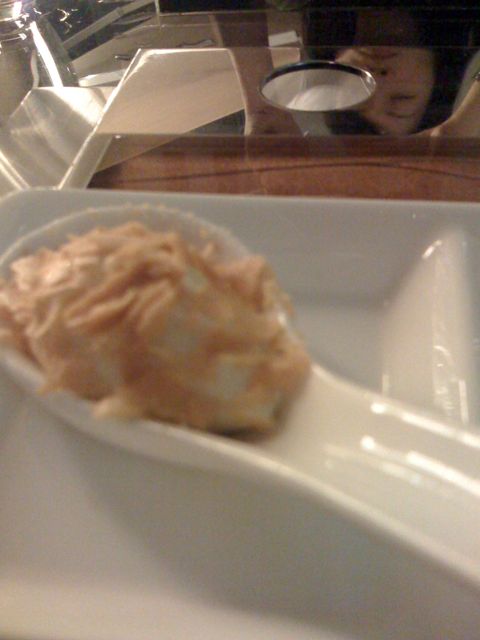 The dessert course concludes with a final pair of Chinese dessert concoction that looks like typical Chinese dim-sum but definitely taste different.

The service was very good during the early evening hours, which is why I arrived at the start of their dinner sitting, 19:00. Although, this tentative touch became very lacking as the dinner rush begins.

Even though the dessert is the best part at this restaurant, and the ingredients used are the best quality possible, it is not worth the price it is charging. Especially ridiculous is the French mineral water (750ml) that cost as much as a glass of house Champaign at HKD120.00 per bottle and  glass respectively.