With the announcement of the iPhone 3G by Apple on Monday (Tuesday HK time), Apple apparently change its business model with the carriers around the world. I say apparent because Apple has been some what vague about the details.

AT&T reports that the new Apple iPhone 3G is only available at Apple Store and AT&T outlets. Most importantly, they also state that these new iPhones will have to be activated on the spot on the AT&T network with a sign 2-years contract.

Apple’s mobile carrier partner in United Kingdom, O2 said that they will be giving away the iPhone 3G on their high-end tariff plans, as described in their iPhone 3G Service Information. 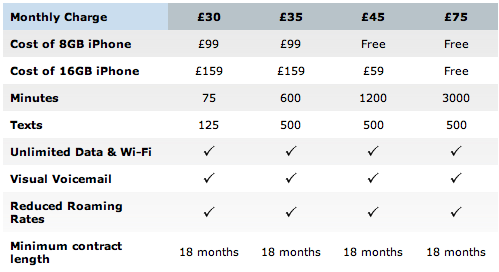 As of this writing there are still no information from Hong Kong’s “3” on tariff plans available for the Apple iPhone 3G. I suppose it will be something similar to what AT&T and O2 had announced.

I will be checking often to see if I can share this information here before July 11th.