Imagine this scenario, you’re listening to your favorite music track on your Mac and had to leave the house, don’t you wish your iPhone or iPod touch can seamlessly carry on playing the track from where you were at in iTunes on your Mac? Or if you were deeply engaged in a podcast just before you had to head out, so you have to wait for the iPhone or iPod touch to synch using iTunes before you leave. This happens to me often especially the latter.

Fortunately, Five Details, the 2008 Apple Design Awards winners and maker of Flow, has a solution and it is called Seamless. 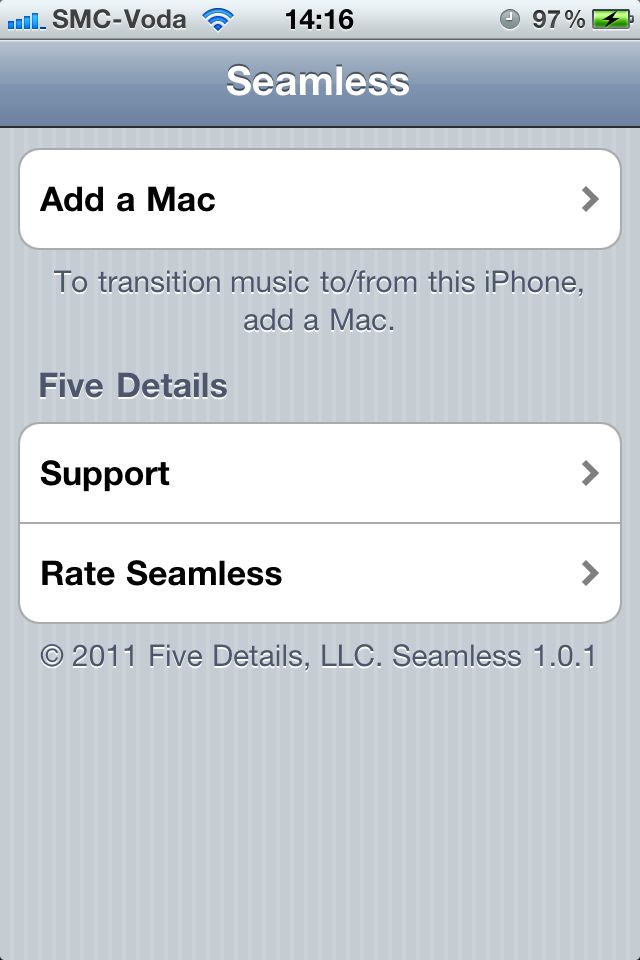 This little utility comes in an iOS/OS X duo, a free OS X app and a USD0.99 iPhone app components. The OS X app is a background app that only appears as a menu item on your Mac when running.

Before anything is to work you will first have to pair the iOS app with the OS X app. This is done easily:

The Mac will immediately recognizes its iOS component, and presents a dialog to confirm your action.

Acknowledge the iOS device by clicking on the Allow button.
Now the Mac will become one of the Near By Macs in the list within the iOS app. There does not appear to be any limits to the number of Macs the iOS app can be paired with or vice versa. 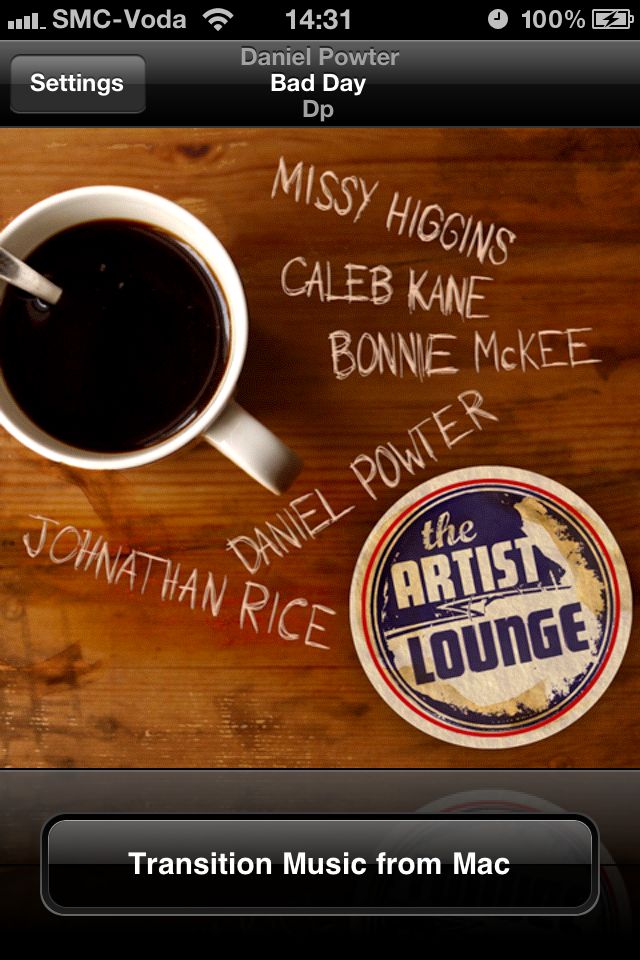 While the OS X app runs in the background it monitors the currently playing track in iTunes. When you have to get away from your Mac all you have to do is start the Seamless iOS app on your iPhone of iPod touch. The iOS app will immediately picks up the current playing track from iTunes on your Mac and presents you with a large button to “Transition music from Mac”. 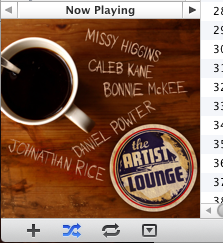 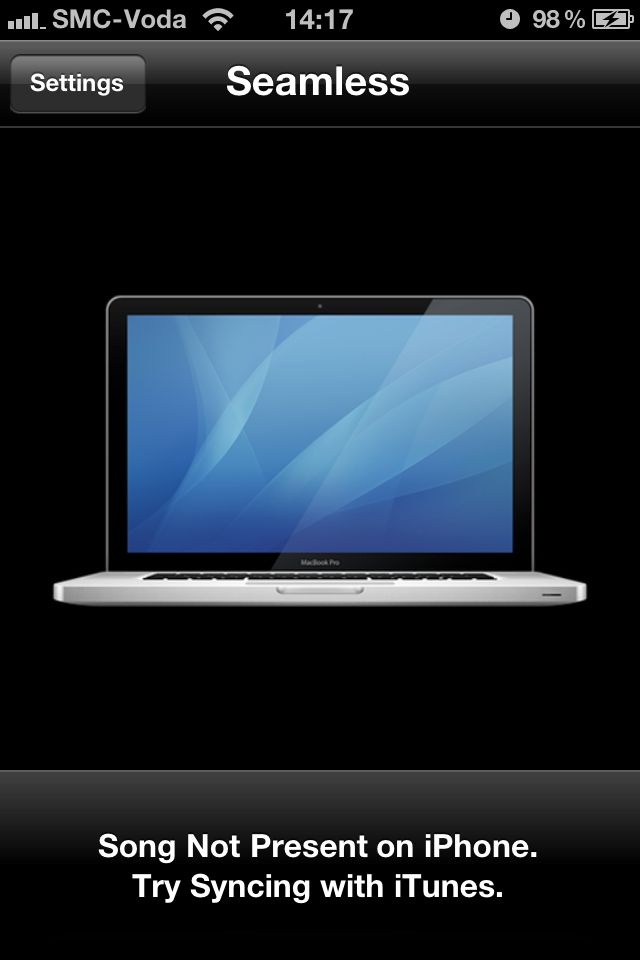 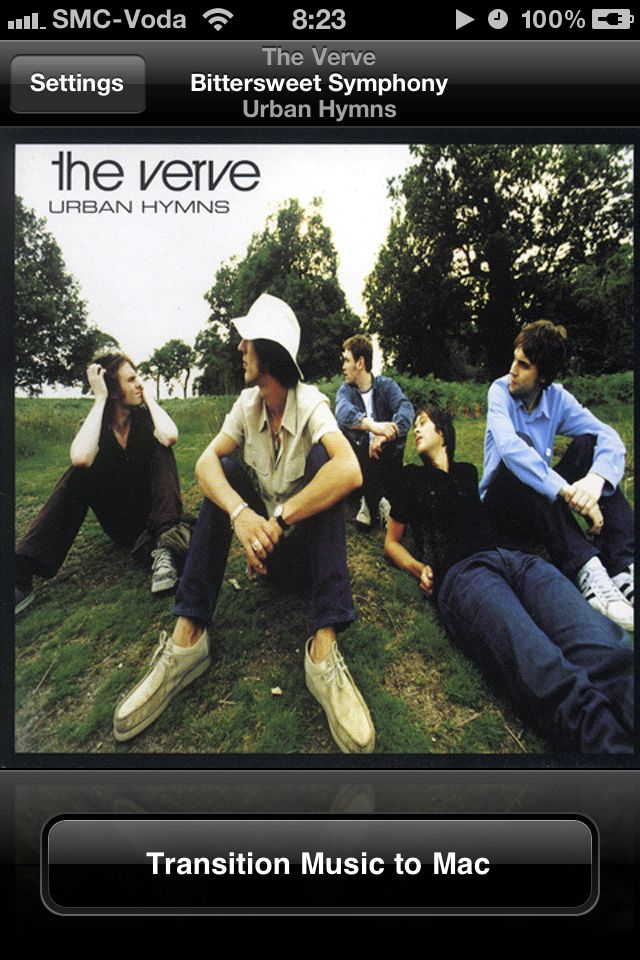 If the track is not found the iOS app will show a screen telling you to synchronize your music between the Mac and the iOS device.

Note: currently Seamless can only recognize tracks within a Playlist synchronized between the Mac and the iOS device, but this bug should be fixed in the next version.

Overall this is a well polished 1.0 app for from this award winning developer. For the inexpensive price of USD0.99 it is well worth it to have this function that Apple should have built into both OSs.

One Reply to “Review: Seamless for iPhone”