Apple has sold out of the iPhone 4 during the initial 24 hours of pre-ordering in the 5 initial launch countries: France, Germany, Japan, United Kingdom and USA. 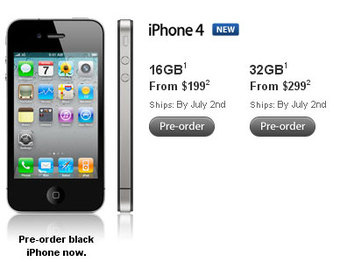 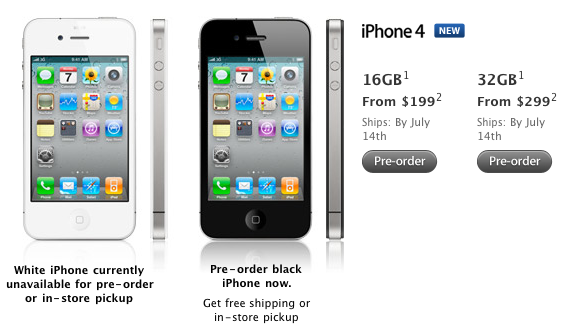 As you may remember the expected release date for these 5 initial launch countries was June 24th, but now the estimate ship date for these pre-orders have moved back twice for USA. First it was push back to July 2nd (France, UK and USA), now the Apple online stores are listing July 14th (USA) as the expected delivery date. 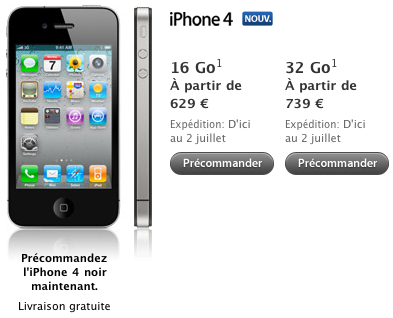 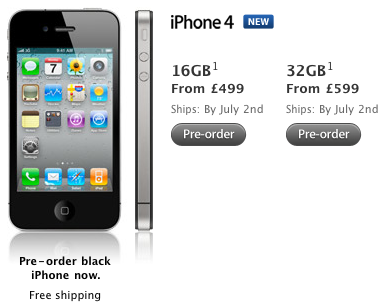 We learn from the iPad launch in the US, when the US launch has higher than expect demands, this pushes the launch date for the 9 countries in the 2nd phase back a month later. Will this recent delays in delivery dates for the iPhone 4, does it mean that the 2nd phase of the iPhone 4 launch will also delay?

At the moment the 2nd phase of the iPhone 4 launch expects to be in July for the 18 countries:

Now that the ship dates for the pre-orders from the initial 5 countries have been delayed until July 14th, it is unlikely that the release date for the 18 countries in the 2nd phase will be any sooner than July 14th.

None of the carriers in Hong Kong have made any announcements regarding dates for pre-orderring, nor do we have any official statement from Apple to say that the launch in the 2nd phase countries has been delayed.

Given the official release of the iPad in Hong Kong is also expected to be in July, I expects if there is any delay in the 2nd phase launch of the iPhone 4 it will be in August. Let’s just hope that it is not too much later.

[Updated: July 17, 2010, 23:24]
A reader informs me that he was still able to pre-order an iPhone 4 from SoftBank (Japan’s official Apple carrier partner) today and the carrier tells him to expect deliver of his iPhone 4 on June 24th. I appreciate this reader’s information, but am surprise to hear that Japan’s (SoftBank’s) delivery date had not been pushed back like France, UK and USA. Given now US’ AT&T customers are told to expect delivery of their iPhone 4 on July 14th for any new pre-orders, it is expected that inventory destined for Japan and Germany will be diverted to cover the demand in these 3 countries: France, UK and USA.

We already know that iPhone 4s sold in UK and France are fully SIM-unlocked by Apple. If any readers can comment on whether the pre-ordered iPhone 4s in Germany are also SIM-unlocked that will be great.

I don’t suppose the versions sold in USA or Japan are, since Apple appear to have an iron clad contract with AT&T and SoftBank. For the latter it is reported that iPad WiFi+3G sold through SoftBank are SIM-locked to SoftBank, which implies so are the iPhone 4s.

2 Replies to “iPhone 4 Pre-Orders Sold Out! What Does it Mean? [Updated]”