In this latest update, the developer has made some bug fixes but also added the following features/enhancements:

I had tried many Twitter clients on the iPhone: TweetDeck for iPhone, Tweetie, TwitBird Pro for Twitter and Twitterrific, but had to go back to SimplyTweet mainly for the following reasons: 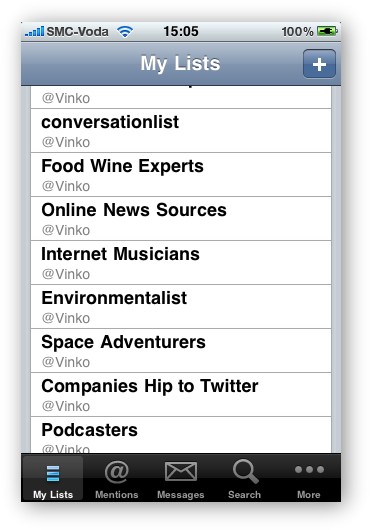 For more screen shots of the application please see my previous review of SimplyTweet.

I spoke with the developer about the future of SimplyTweet given Twitter’s recent purchase of Tweetie and the pending release of an official free Twitter client. The developer tells me that he is still examining the situation.

I wish the developer of SimplyTweet luck and hope he can afford to stay on this excellent client. If you too agrees with me, please do spend the USD4.99 that the developer is asking for in the iTunes App Store.

4 Replies to “Review: SimplyTweet 3 on iPhone”