Numbric is one of those cool iPhone apps that enables the transform of the iPhone into something other than a simple smartphone. This time it converts the iPhone into an external numerical keypad. 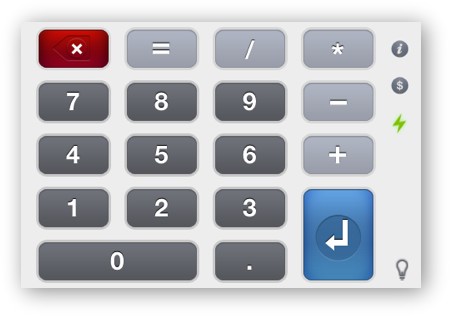 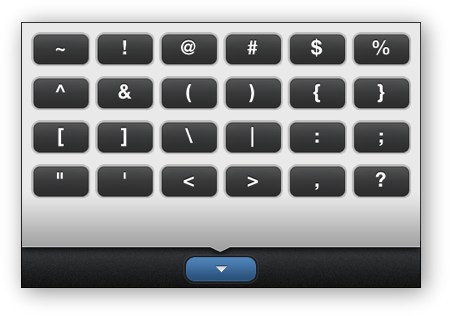 I always associates Headnix with beautiful UI and elegant user experience, with Numbric they have not disappoint.

The idea of using the iPhone as a numeric keypad is not new; I had used app like NumberKey [iTunes App Store link] in the past, but Numbric does it a bit different.

Instead of just reproducing all the missing keys from an Apple Extended Keyboard, Numbric has the normal 18 keys of the numerical keypad, but falls short of reproducing the remaining missing keys from the Apple Extended Keyboard. It appears omission is the results of the developer’s analysis of how users may use the software. In lure of these missing keys Numbric has a set of “symbol” keys that can be invoked by pressing the “$” key in the toolbar next to the keypad. These symbol keys will be very handy during the number entry process.

Speaking of the icons on the toolbar, from top to bottom: 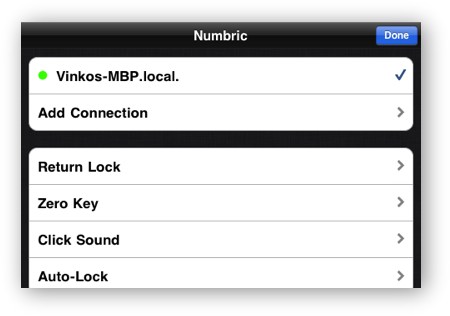 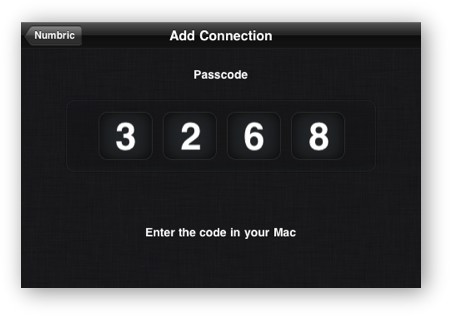 The process of connecting the iPhone app with the utility installed on the Mac is simply and elegant.

In the Settings screen, there is an option to “Add Connection”. Clicking on this brings up a screen that displays 4 digits and ask the user to enter these into the Mac client. 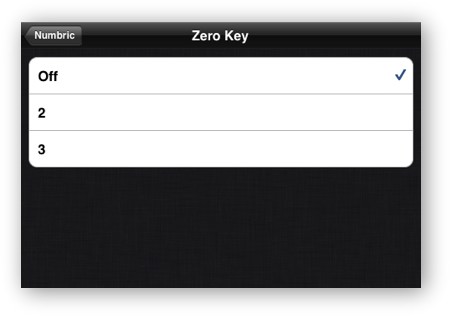 One other setting in the Settings screen is the Auto-Lock or sleep mode on the iPhone. This setting will prevent the iPhone from sleeping and turning off the screen.

There is also a setting to introduce a 19th key, “Zero key”, on the keypad. This key can represents either double or triple zeros, which is a useful key during number entry. Another sign the developer has given a great deal of thought about the use cases of Numbric. When this Zero key is enabled the normal “zero” key is reduced in size to make room for this 19th key to the right of it.

For USD1.99 it may sounds a bit steep for this application, but when considering the competitors who are charging the same amount, in comparison Numbric [iTunes App Store link] is well worth it. Especially when you are someone who often have long sessions of number entry and does not have access to a numerical keypad.

3 Replies to “Review: Numbric on iPhone”