On Jan. 22 I received my Nexus One directly from Google.

Since I lived in Hong Kong I bought the USD529.00 fully unlocked version.

The purchasing experience at Google’s Nexus One web site was very present. Google recognized I already had a credit card in my Google Checkout account, and auto filled the shipping address for my order. After choosing the unlocked version of the Nexus One, it automatically chose an AC adpater suitable for Hong Kong. I guess that’s because of the shipping address. I excluded it as I believe it is more convenient to charge via USB.

Within 24 hours I received a message from Google stating that my order had shipped. For international orders Google use DHL as the carrier. 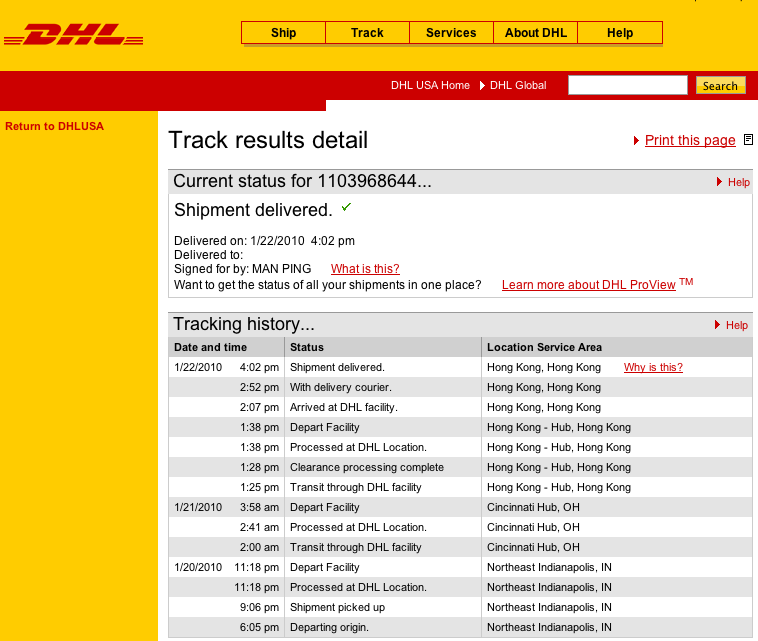 All in all it took about 3 days to get my Nexus One.

Google took a page from Apple and mimic them on the packaging of the Nexus One. They even went as far as copying the 3 steps to get started, Apple used for their Macintosh computer.

Shortly after I ordered the Nexus One I began migrating my contacts to Google. Which I had always used Apple’s Address Book to manage on my MacBook Pro. This was not as good of an experience as I had hoped. Mainly due to Google Contacts’ basic design. It doesn’t even seperate the First and Last names of contacts. To resolve this issue I used Spanning Sync on my Mac to manage the differences and to keep the two data store in sync. Until Google updates Google Contact to support the standard fields of a vCal record, software like Spanning Sync is indispensable.

Afterwards it asked if I like to allow Google to backup my settings and Bookmarks. This is so that I can easily restore my Nexus One if I ever have to change phone or reset my Nexus One.

Like with all devices I had to allow the N1 to charge over night before using it. So I will save my experience of the N1 for another post .

One Reply to “My Transformation to Nexus One [Updated]”