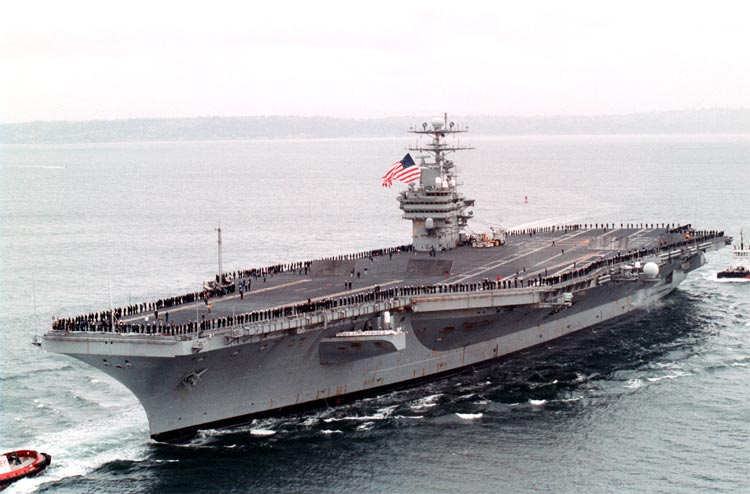 On January 12, 2010 a magnitude 7M earthquake occurred in Haiti.
Many countries immediately sent humanitarian aids and rescue team to the devastated country where over 80% of the buildings are destroyed.

Instead of doing what other countries do, USA sent their Nimitz class supercarrierUSS Carl Vinson to Haiti. It brought with it humanitarian aids, search and rescue, but instead of bringing fresh water to Haiti. The US used the carrier’s ability to produce fresh water to create 300,000 liters on location.

Yes, this sending a USS carrier is impressive and it also has the infrastructure necessary to assist the wounded, like shelter and field hospital, but a more cost effective way would be for United Nation, UNHCR and other national agencies to invest in local purification systems, like LifeSaver invented by Michael W. Pritchard. According to Pritchard it only cost GBP4.00 per person.

One Reply to “Incredible Technical Approach”