Shortly after the release of OS X version 10.5.7 Apple released 10.5.8 to its developers for testing. This version of OS X is rumored to be the last of the OS X versions that continues to support the PowerPC Macintosh. With an educated guess this rumor is definitely believable, as OS 10.6 is expected to be released sometime in September 2009, and it will not support Macintosh hardware with PowerPC architecture. 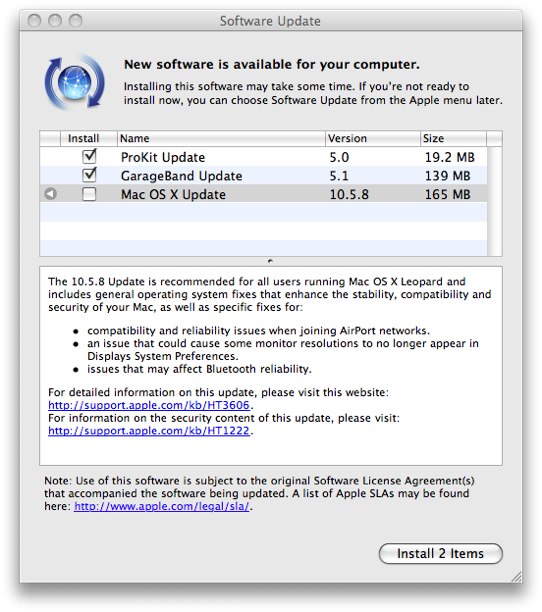 Yesterday (Cupertino time) Apple made version 10.5.8 of OS X available through Software Update, you can see the list of fixes it includes from Apple’s Knowledge Base article.

Since the list of security fixes is so comprehensive, it is recommended that all OS X users upgrade to this latest version.