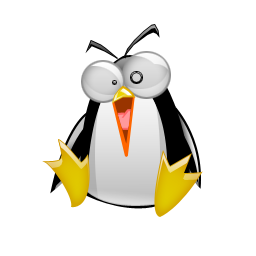 According to the HeliOS blog, a middle school teacher sent a nasty email to HeliOS, the nonprofit organization that supply computers to post-secondary school kids in the states of Arizona and Florida of the United States. These computers are all equip with the Linux operating system (OS) and other Open Source software.

In this email the teacher…

… observed one of my students with a group of other children gathered around his laptop. Upon looking at his computer, I saw he was giving a demonstration of some sort. The student was showing the ability of the laptop and handing out Linux disks. After confiscating the disks I called a confrence with the student and that is how I came to discover you and your organization. Mr. Starks, I am sure you strongly believe in what you are doing but I cannot either support your efforts or allow them to happen in my classroom. At this point, I am not sure what you are doing is legal. No software is free and spreading that misconception is harmful. These children look up to adults for guidance and discipline. I will research this as time allows and I want to assure you, if you are doing anything illegal, I will pursue charges as the law allows. Mr. Starks, I along with many others tried Linux during college and I assure you, the claims you make are grossly over-stated and hinge on falsehoods. I admire your attempts in getting computers in the hands of disadvantaged people but putting linux on these machines is holding our kids back.

This is a world where Windows runs on virtually every computer and putting on a carnival show for an operating system is not helping these children at all. I am sure if you contacted Microsoft, they would be more than happy to supply you with copies of an older verison of Windows and that way, your computers would actually be of service to those receiving them…

It is obviously a sign of ignorant on the part of the teacher and being afraid of the unknown; in this case the Linux OS.

Isn’t the definition of “teacher“, an educator, guide, helper in the process of learning? Therefore, why would anyone in this position be restricting the students from learning something different from the norm.

The more important thing about this incident, and at the same time unfortunate, is that it demonstrates the attitudes of many individuals who do not know or used anything else other than Windows. These individuals have the believe that avoiding everything else is a form of “job security” for themselves. I call this the ostrich phenomenon (aka. head-in-the-sand-approach).

The attitude of this teacher is even more irrelevant with the current trend of services and applications moving onto the “cloud”; the Interweb. As a result making the browser more important than the OS it runs on.

I say to these people, you might as well get with the program and welcome changes with open arms, otherwise you will go by the way of dinosaurs and become technically extinct.