In the past, iPhone firmware upgrades did not garner such fanfare. Especially when considering Apple’s recent trend of not holding special events to announce new products, like the new Mac Mini, iMac, Mac Pro and iPod Shuffle, makes this event tomorrow that much more special. It also shows the significance Apple has placed on this upcoming announcement.

As always there are no definite information on the features that will be announced at the event. Of course, this had not stopped the rumor mill from generating lists of possible features for the yet to release iPhone firmware:

The less likely features are:

I personally think that Multitasking may be built into the new firmware, but we will not see it enabled until the next version of the iPhone hardware.

Improvements in the camera software is welcome, but there are already several 3rd party applications, which had done a good job at improving the iPhone camera’s ability to take better photos. One such program is “Darkroom” by Stepcase, which I use almost every day.

Having additional Bluetooth functionalities will also be welcome, particularly the ability to preform file exchange. I really miss the ability to send contact cards to any mobile phone with Bluetooth capability. This had been a feature I used on other mobile phones for years.

What do you think? Please feel free to add your opinions in the comments. 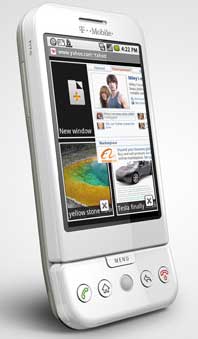 There are now significant information to point to a first and new Android phone on Monday, September 22 on the VerizonT-Mobile network in the US.

The reported Android based phone will be manufactured by HTC, and implies that it will support both GSM and CDMA network. But 3G communication will only supports the CDMA network (EV-DO).

[Updated: September 19, 2008]
Thanks to the reader, Travis, for pointing out my mistake. I stand corrected that it is T-Mobile in the US who will be releasing the first Google Android phone by HTC in early October to the general public.