In the past, iPhone firmware upgrades did not garner such fanfare. Especially when considering Apple’s recent trend of not holding special events to announce new products, like the new Mac Mini, iMac, Mac Pro and iPod Shuffle, makes this event tomorrow that much more special. It also shows the significance Apple has placed on this upcoming announcement.

As always there are no definite information on the features that will be announced at the event. Of course, this had not stopped the rumor mill from generating lists of possible features for the yet to release iPhone firmware:

The less likely features are:

I personally think that Multitasking may be built into the new firmware, but we will not see it enabled until the next version of the iPhone hardware.

Improvements in the camera software is welcome, but there are already several 3rd party applications, which had done a good job at improving the iPhone camera’s ability to take better photos. One such program is “Darkroom” by Stepcase, which I use almost every day.

Having additional Bluetooth functionalities will also be welcome, particularly the ability to preform file exchange. I really miss the ability to send contact cards to any mobile phone with Bluetooth capability. This had been a feature I used on other mobile phones for years.

What do you think? Please feel free to add your opinions in the comments.

It has been over two weeks since my first post, Phone Firmware 2.2 NOT for Hacked iPhones about the new iPhone firmware 2.2. Since then the famed hacker team iPhone Dev Team had quickly released 2.2.1 of its Pwnage Tool to correct the bug found back in late-November.

I had also used this version of the firmware for two weeks and can safely report that it has indeed fixed most of the bugs found in previous versions of the iPhone firmware. Although, Safari still crashes when visiting certain sites (ie. Mashable.com), but that may have to do with functionalities on these sites; hard to say.

PS: please read all of iPhone Dev Team’s notes before using the any of the tools released for jailbreaking and/or unlocking your iPhone 2G and 3G. If you do not read all the notes you may be sorry.

As rumored Apple has released the iPhone firmware 2.2 today.

This is a warning to all users who had either jailbroken or unlocked their iPhone or iPhone 3G, this warning even goes for anyone using the iPhone 3G who had not done either, but may want to unlock in the future.

I strongly advice these users not to upgrade their iPhone firmware to 2.2 until the iPhone Dev Team had released an updated version of their PwnageTool.

I will update here when it is safe to upgrade your iPhone or iPhone 3G, please stay tuned.

Even though I am not in Hong Kong and on vacation in Beijing I am blogging and keeping an eye on the iPhone hacking community.

In the past 14 months I had unlocked/restored my iPhone over 30+ times, and documented my experience and findings with fellow readers. Much of these repeated unlocking and restoring was because I was testing various “unauthorized” 3rd party applications (“hacks”) for the iPhone, and some of them were not as stable as they should be. Even with authorized 3rd party applications my iPhone was sluggish and crashes when I run some of the applications.

When Apple claims that the iPhone firmware 2.1, released on September 12th, will correct much of the problems I’ve been encountering, I was again excited for the possibilities of returning my iPhone (1st generation) to its efficient spiffy 1.x state. Unfortunately, since my iPhone is unlocked and jailbroken I had to wait for the iPhone Dev team to upgrade their hacking tool, Pwnage Tool.

END_OF_DOCUMENT_TOKEN_TO_BE_REPLACED

Yesterday the iPhone Dev Team released QuickPwn (the Torrent link) for Macintosh. This is the Macintosh OS X version of the same tool they released for Windows users several weeks ago.

The different between this tool and the Pwnage Tool the iPhone Dev Team has also released for the Macintosh is that the QuickPwn will not require a restore using iTunes, therefore a bit friendlier to layman iPhone users (junior hackers) who need to unlock and jailbreak their iPhone (1st generation) or jailbreak their iPhone 3G. iPhone Dev Team says the Pwnage Tool will still be enhanced and supported as it will be the tool for iPhone users who like to customize their .IPSW package for the iPhone.

I personally have not yet use this tool as my iPhone has already been upgraded to iPhone firmware 2.0.2 using the Pwnage Tool for Macintosh.

Please feel free to share your experiences; either good or bad, here via comments. 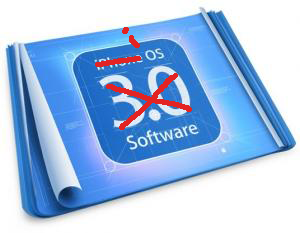 I decided to create a place where I list all the iOS firmware Apple ever released in the past. The following are all hyperlinks to Apple’s official repositories, so there are no worries if any of these package contains malware payloads.
END_OF_DOCUMENT_TOKEN_TO_BE_REPLACED